Two of China's best-known online growth stocks have fallen out of favor, but only one has a clear path to win back investors.

This would seem to be a great time for opportunistic investors to establish or build on existing positions in China's leading online companies. Baidu (BIDU 0.44%) is trading at its lowest level since the summer of 2015, hitting another three-year low last week. Alibaba (BABA -1.82%) has held up better. It's trading higher in 2019 after bottoming out in late December, but it's also shed nearly a quarter of its value over the past year.

There's a reason why Baidu has fallen out of favor with investors. Growth is slowing dramatically. Alibaba is holding up considerably better, but even it concedes that it's a casualty of the growing trade war tensions between China and the U.S. -- at least in the eyes of investors. It may not be fashionable to buy into either stock at the moment, but there are big gains to be had for investors that choose well. 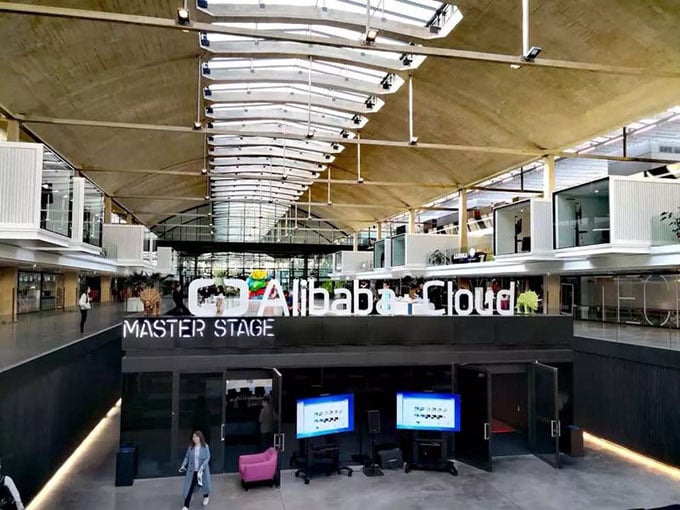 Baidu's setback is easy to understand. It just posted its first quarterly operating loss and net deficit as a public company in its problematic first-quarter report earlier this month. Beyond a rare miss on the bottom line, Baidu's guidance calls for another rough showing on the top line. The company behind China's leading search engine sees a stubbornly flat current quarter with revenue clocking in between a gain of 2% or a decline of 3%. With Baidu's strongest growth these days coming from its majority-owned stake in iQiyi, we're also likely looking at a stunning decline in its flagship online marketing revenue.

Baidu is a shell of what it used to be, but the same can't be said about Alibaba. Revenue soared 51% to hit $13.9 billion in its latest quarter, actually accelerating from its pace in the previous quarter of last year. Alibaba's earnings rose even faster -- unlike Baidu -- and it also smoked Wall Street's profit targets.

Alibaba seems to be doing everything right. Its customer base is expanding with orders and revenue growing even faster. Alibaba's 51% top-line growth in its latest quarter matches the 51% growth it posted for all of fiscal 2019. Alibaba will suffer if the tariff fisticuffs intensify. That's the nature of e-commerce. Baidu's stronghold in paid search and online video may not seem as susceptible to a trade war, but we're already seeing its business suffer as China's economy slows.

Baidu is historically cheap. The stock has plummeted 58% since peaking in late 2017, and its cash-rich balance sheet prices the stock at an enterprise value that is just double its trailing revenue. Adjusted earnings should decline this year, but its profit multiple drops to less than 11 if we look out to next year (and down to the single digits if we go with enterprise value instead of market cap).

Alibaba doesn't command the same historically low valuations as Baidu, but momentum is in its corner. Baidu's forecasts have been moving lower, and several analysts have downgraded the stock this month following the rough quarter. Analysts have been jacking up their price targets on Alibaba following its performance.

Both stocks should bounce back. Baidu and Alibaba could easily beat the market the moment the bearish investor sentiment on Chinese growth stocks turns. However, we still don't know if all of the shoes have dropped with Baidu. Alibaba is an underpriced growth stock, and it gets the nod this round.