Memorial Day has taken on a lot of meanings in addition to honoring those who died in active military service. The three-day weekend also serves as the unofficial beginning of summer and is marked by barbecues as well as retail sales.

The sales tradition of the holiday weekend used to be limited mostly to mattresses. It's still a great weekend to get a deal on a mattress -- through increased competition from online retailers has driven down prices year round -- but lots of other things are on sale.

There are deals to be had, but not everything is a good deal. You have to be a little bit careful so you don't end up getting swept up in the season and buy things you don't need at prices that aren't great. 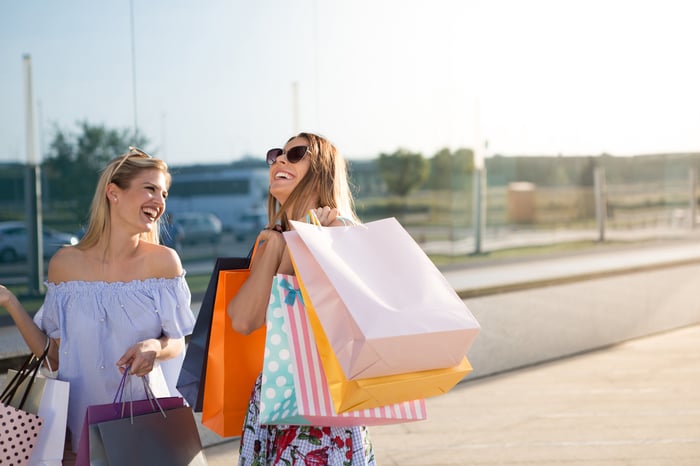 There are lots of deals, but be careful

It's important to note that Memorial Day isn't the only major shopping event of the summer (or close-to-summer) season. Amazon.com's Prime Day, which takes place in July, has become a huge sales driver for the online leader, and many other retailers offer sales as a way to compete. In many ways, Prime Day has become another Black Friday, and that has taken some of the shine off Memorial Day Weekend.

It's still a great time to buy mattresses, appliances, home goods, tools, and spring clothing, according to Offers.com Editor Kristin McGrath. She offered specific advice in an email to The Motley Fool on where to shop.

For appliances, she said to check out Best Buy, Lowe's, and Home Depot "for some of the best deals you'll see all year on washers, dryers, ranges, fridges."

When it comes to furniture and home goods, her advice was broader.

What not to buy?

While the actual date for this year's Prime Day has yet to be announced, it generally happens in July. That will be a better time to buy any Amazon-branded electronics than Memorial Day weekend. Electronics, in general, will be cheaper on the retail holiday in July than over Memorial Day weekend, because Amazon's rivals, including Best Buy, will generally offer competing sales.

McGrath also warns against buying summer apparel over Memorial Day weekend. It's not that the apparel isn't on sale, or that you shouldn't buy to fill a need, but that the you probably won't get the best deal.

"While many stores run promotions on summer styles, even bigger savings await at the end of the season," she wrote. "If you can delay your summer shopping spree until August and September (back-to-school season), you may be able to save as much as 90%."

The same logic applies when it comes to grills, patio furniture, and other outdoor gear. You might find a deal, but the best prices come at the end of the season. You should also hold off on buying any Apple products, according to McGrath, since the company generally introduces new products at its early June developers' conference, which often leads to deals on older models.

Make sure you have a budget, know what you can afford, and price check to make sure you're getting a good deal. Be a little skeptical of everything, and make sure you don't get swept up in the emotion of the shopping season.