Please ensure Javascript is enabled for purposes of website accessibility
Log In Help Join The Motley Fool
Free Article Join Over 1 Million Premium Members And Get More In-Depth Stock Guidance and Research
By Eric Volkman - Updated May 28, 2019 at 5:56PM

This globe-spanning REIT pays a chunky dividend, but potential investors should be aware of a caveat or two.

Brookfield Property Partners (BPY) sometimes gets lost in the crowd of real estate investment trusts (REITs) on the stock market. That may be in part due to the fact that, for a big REIT, it's still relatively new, having been spun off from Brookfield Asset Management (BAM 2.30%) in 2013.

Regardless, it's grown quickly into one of the largest and most sprawling REITs on the scene. And its stock has grown popular recently: Brookfield Property Partners' unit price has risen by 31% since hitting a trough amid the general market turmoil in December. That leads to the question of whether the stock is still the bargain it once was, and as such worthy of purchase. 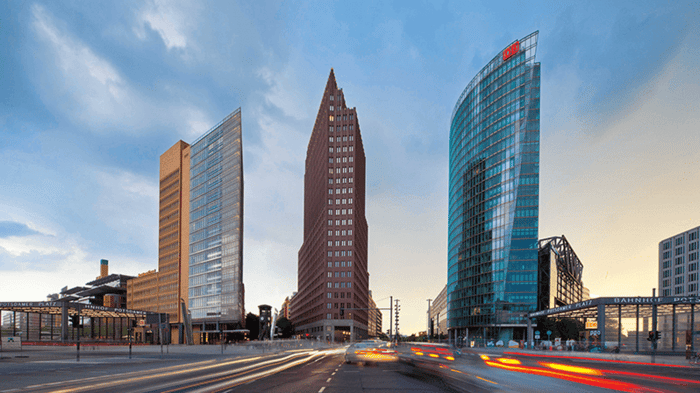 Brookfield Property Partners -- which is both a subsidiary and a client of Brookfield Asset Management (more on this in a moment) -- takes a generalized rather than targeted approach to investing in real estate. It primarily holds high-end retail and office properties in thriving international cities such as New York, London, and Berlin.

That end of its business is relatively conservative. The more adventurous side is its LP Investments unit, which is always on the hunt for undervalued real estate of nearly any type that the REIT can turn around and use to generate a healthy profit. It's this segment that holds Brookfield's investments in such property types as self-storage, student housing, and hospitality.

All in all, though, no single real estate category dominates the partnership's asset list. And while it chiefly owns of North American property, it has significant presence overseas. As of the end of 2018 just over $46 billion of its assets under management were located abroad -- almost 27% of its portfolio.

Brookfield Property Partners has for some time traded at a notable discount to its net asset value (NAV). Recently, management estimated that its NAV was $29 per unit, yet it's trading at just under $20.

Some pundits have speculated that this valuation gap is largely due to two things. First, the REIT uses external managers -- from subsidiaries of its parent, Brookfield Asset Management. Second, it takes on piles of debt to fund its operations -- particularly those of the opportunistic LP Investments division.

The choice to use external managers can be controversial in the REIT world. Particularly because such arrangements are frequently made with entities closely related to the REIT, critics argue that they inherently carry conflicts of interest. Also, they can be expensive when compared to traditional internal management structures.

Meanwhile, Brookfield's debts are considerable; a REIT with its size and its taste for acquisitions requires huge stacks of capital. At the end of last year, the debt obligations of the partnership were close to $64 billion. This was against more than $122 billion in assets and $7.2 billion in revenue. Interest expense alone in 2018 was nearly $2.5 billion.

Although investors should certainly keep an eye on these aspects of the REIT's operations, I don't think they justify such a steep discount to NAV.

For 2018, those Brookfield Asset Management affiliates booked $84 million in fees from Brookfield Property Partners. Compared to the latter's nearly $190 billion assets under management, or even against its $7 billion-plus in revenue, this is a drop in the bucket.

And yes, that debt is immense, but nearly all of it is "non-recourse" -- i.e., loans secured by collateral (in this case, property). If a project goes sour, the lender will recoup its money by selling the property, not by taking a chunk of cash from the REIT. Finally, profitability is high enough that it can take the hit from interest expenses and still keep its bottom line well in the black -- to the tune of over $3.6 billion in 2018.

On top of that, as a heavyweight in the REIT world Brookfield can borrow at attractive rates. Further, the Federal Reserve recently indicated it's not going to aggressively boost the benchmark interest rates in the near future, so the Brookfields of this world don't need to worry about higher interest cutting deeply into their margins for now.

I'd say Brookfield Property Partners' approach is working. The $7.2 billion in revenue is booked in its fiscal 2018 represented 18% growth. More encouragingly, its top line has risen at increasing rates over the past five years. "Company" (essentially, adjusted) funds from operations rose by 16% in 2018, following a 5% rise the year before.

All of this has helped Brookfield Property Partners fund a distribution that's currently yielding 6.7%  -- very good even by the standards of the high-payout REIT industry. Management has targeted 5% to 8% annual growth in the distribution, which given the partnership's solid performance seems to be achievable.

To sum up, Brookfield Property Partners is a muscular operator with a hybrid approach to investing that -- while atypical for REITs -- works well for it. It's clearly undervalued, and pays a generous dividend. Combined, these factors spell buy to me.