Please ensure Javascript is enabled for purposes of website accessibility
Log In Help Join The Motley Fool
Free Article Join Over 1 Million Premium Members And Get More In-Depth Stock Guidance and Research
By Keith Speights, Chuck Saletta, and Todd Campbell – Updated May 29, 2019 at 7:34AM

These companies don't seem to have much in common. But they could all deliver big gains for investors.

Think small. It's not a bad approach when you're looking for stocks that have the potential to deliver explosive returns in a relatively short amount of time. Small-cap stocks can sometimes double or more, and do so quickly. 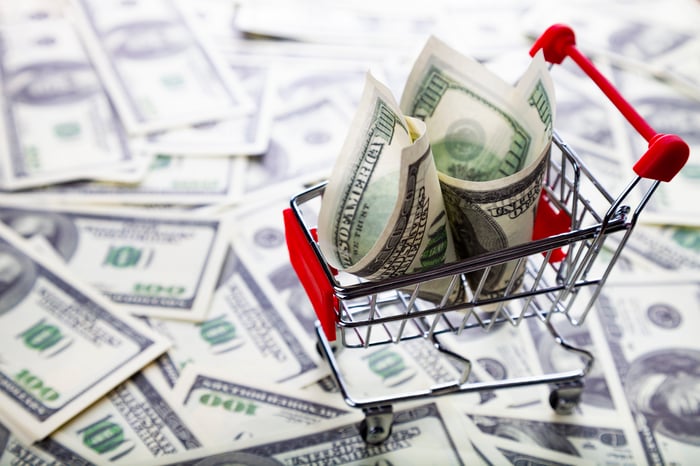 Keith Speights (Cara Therapeutics): Small-cap biotech stocks are notoriously risky. I'd be remiss in not pointing out that my small-cap pick is no exception. Cara Therapeutics doesn't have a product on the market at this point. And there's no guarantee that the biotech will be successful with its clinical studies.

Having said that, I like the risk-reward profile for Cara right now. The company should soon announce results from a phase 3 clinical study of Korsuva injection in treating chronic kidney-disease-associated pruritus (CKD-aP) in hemodialysis patients. There currently is no approved drug for treating CKD-aP. If Korsuva is approved for CKD-aP in hemodialysis patients, it could generate around $500 million annually at its peak in the U.S. market alone.

The potential for Korsuva in the CKD-aP indication has already attracted the attention of a major player in the dialysis market. Fresenius Medical Care plans to promote Korsuva in its U.S. dialysis centers. And a joint venture formed by Fresenius and Swiss drugmaker Vifor Pharma Group licensed the rights to market Korsuva in treating CKD-aP in countries other than the U.S., Japan, and South Korea.

Cara could have more opportunities with Korsuva, too. The biotech should announce results later this year from a phase 2 study of oral Korsuva in treating CKD-aP patients who aren't on dialysis. Cara is also evaluating the drug in treating pruritus associated with chronic liver disease (CLD-aP).

Again, this small-cap biotech stock is risky. But if Korsuva wins approval in at least one indication, Cara should be off to the races.

Cashing in on cannabidiol

Todd Campbell (Charlotte's Web Holdings): Marijuana gets more investor attention, but the bigger short-term opportunity might be hemp, a type of cannabis sativa that's a rich source of cannabidiol, or CBD.

Long used in making clothing, rope, and sails, hemp has seen its importance rekindled by growing enthusiasm for CBD because of its health and wellness benefits. Those benefits, including an ability to reduce seizures in epilepsy patients, have helped sales surge at Charlotte's Web Holdings, a maker of CBD oil that's been marketing to health-minded consumers since 2012.

Last year, drugmaker GW Pharmaceuticals won FDA-approval of its purified CBD oil, validating interest in the oil. And in December, the hemp industry got a major tailwind when the U.S. Congress removed hemp from its controlled substances list, clearing the way for widespread farming and more widespread availability.

All this is good news for Charlotte's Web Holdings, one of the largest CBD industry participants. Its sales rocketed 74% higher year over year to $69.5 million, and its net income was nearly $12 million in 2018.

Of course, there's no guarantee Charlotte's Web Holdings will be the biggest beneficiary of hemp's resurgence. However, it's at the forefront of the CBD industry, and I'm inclined to think the odds favor it. If I'm right, then adding it to risk-tolerant portfolios now could be wise.

Summer is back with a vengeance

Chuck Saletta (Comfort Systems USA): As summer heats up, people and businesses start up their air conditioners. Upon doing so, some will learn that their systems have bit the dust and need to be repaired or replaced. That's where Comfort Systems USA comes into play. The company bills itself as America's leader in installation and service for building and mechanical systems. With dozens of subsidiaries throughout the country, it has the scale that most others in its industry lack.

That scale allows it to take on bigger, more complex projects than others in its industry can. It also allows it to share best practices throughout its network of subsidiaries to enable them to all learn and improve their operations. That gives it the opportunity to thrive -- and yes, even deliver growth -- in an industry that to all outward appearances looks both mature and stable. While it is large for its industry, its overall market capitalization is only around $1.8 billion, putting it still in the small-cap stock range.

Over the next five years, Comfort Systems USA is expected to deliver earnings growth at around a 10% annualized rate. When you combine that with the fact that it's currently trading at around a modest 14 times its anticipated earnings, you get a company that's a reasonable value for its prospects. During this time of renewed market volatility, that reasonable value can provide real comfort, making the company worth looking at as a potential investment right now.