Please ensure Javascript is enabled for purposes of website accessibility
Log In Help Join The Motley Fool
Free Article Join Over 1 Million Premium Members And Get More In-Depth Stock Guidance and Research
By Dan Caplinger – May 29, 2019 at 4:32PM

These stocks managed to overcome a big swoon in the market.

The stock market fell sharply on Wednesday in the wake of another major escalation in the trade dispute between the U.S. and China. Chinese officials suggested that limiting exports of key rare-earth metals could be their next move to retaliate against the U.S., and investors who had hoped for a resolution to the issue became fearful that a more hostile approach could hurt the global economy and push even the relatively strong U.S. economy into recession. Yet some companies were able to overcome the negative sentiment. Cypress Semiconductor (NASDAQ: CY), Amarin (AMRN), and Heico (HEI) were among the top performers. Here's why they did so well.

Shares of Cypress Semiconductor climbed 12% after reports that the chip manufacturer could look to pursue a sale of the company. Bloomberg said that its sources have revealed that Cypress is looking at possible strategic alternatives after having received expressions of interest from potential acquirers. The company has been going through the same tough conditions that many of its semiconductor manufacturing peers have suffered, and its most recent financial report showed the challenges that it has had to overcome. Yet with exposure to critical areas like autonomous vehicles and the Internet of Things, Cypress could be a smart buy for a company looking to flesh out its offerings to keep up with competitors. 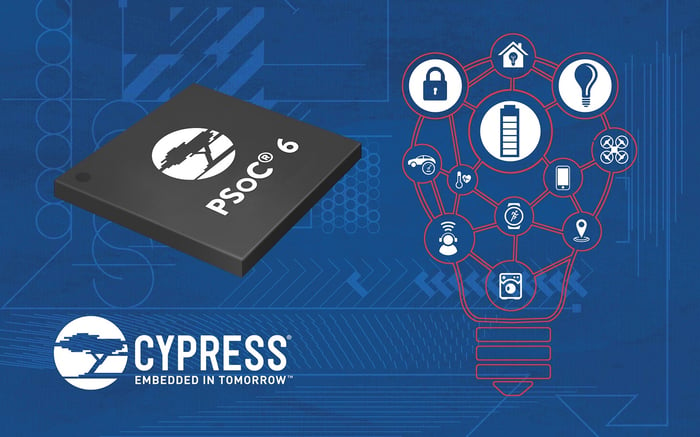 Amarin saw its stock jump nearly 12% following news that the pharmaceutical company got a favorable ruling on its key fish oil treatment for cardiovascular risk reduction. The U.S. Food and Drug Administration granted priority review designation for Vascepa, with a goal date set for Sept. 28. That's about four months earlier than it previously expected, and it could put Vascepa in position to become the first drug to reduce cardiovascular risk within certain groups of patients whose LDL-C cholesterol levels are being managed by statins but whose triglyceride levels are still persistently elevated. Amarin has already gotten approval for Vascepa for a more restrictive indication, but if it can get a thumbs-up for this broader set of patients, it could send sales soaring, and that has shareholders excited.

Finally, shares of Heico finished up almost 12%. The flight support and electronic technology specialist reported solid results in its fiscal second quarter, including nearly 20% gains in sales and an even larger rise in earnings. Heico pointed to strength in aftermarket replacement and specialty products for success in flight support, while defense and aerospace product demand also helped the electronic technologies category. The company expects good industry conditions to persist throughout the remainder of the fiscal year, and that has investors thinking that Heico's recent rise could have further to run.

3 Small-Cap Stocks to Buy in August

7 Top Stocks to Buy in March