Tuesday was an up-and-down day on Wall Street as market participants watched major stock indexes trade on either side of the unchanged mark throughout the session, eventually finishing with modest gains. Favorable sentiment carried through from an eventful weekend on the geopolitical front, as goodwill developed from the G-20 summit made some investors more confident about the future. Yet the possibility for new tariffs on European goods suggested that trade tensions are far from over. Nevertheless, some companies were able to separate themselves from the crowd. Maxar Technologies (NYSE:MAXR), Amarin (NASDAQ:AMRN), and Revolve Group (NYSE:RVLV) were among the top performers. Here's why they did so well.

Is Maxar headed for a sale?

Shares of Maxar Technologies jumped 17% amid rampant speculation that the satellite company is looking to make a strategic divestiture. The provider of satellite imagery apparently has a couple of European companies looking at possibly bidding for Maxar's space systems business, with some reports suggesting that the unit could bring Maxar in excess of $1 billion. That's a big price tag for a company whose market capitalization is barely half that number, but even if an eventual bid is for less money, it could still help Maxar improve its balance sheet and put itself in position to continue its efforts to transform itself after a key satellite failure early this year. 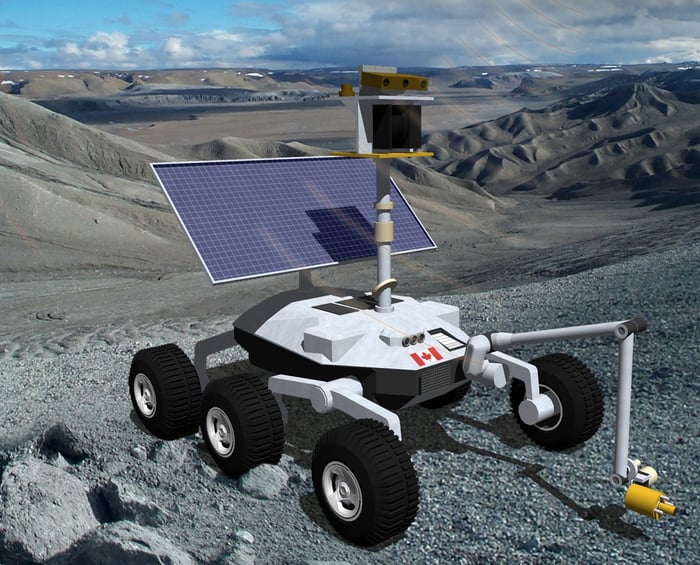 Amarin has a sunny outlook

Amarin's stock climbed 16% after the drug manufacturer issued a midyear update. The company boosted its sales guidance for full-year 2019 from $350 million to a new range of $380 million to $420 million. Demand for Amarin's Vascepa cardiovascular treatment has been strong, and the company believes that it's likely to be able to expand the current indications for the drug to make it a far larger commercial opportunity. CEO John Thero noted that he is "pleased with the progress made to date," especially with Vascepa, and Amarin hopes that it'll be able to sustain positive momentum for the rest of this year and beyond.

Finally, shares of Revolve Group gained 6%. The social-savvy online apparel company saw its post-IPO quiet period come to an end, freeing up stock analysts to weigh in. Out of nine new ratings on Revolve, eight came in at buy, with just a single hold among the crowd. The company's competitive advantage comes from its use of influence-rich promoters to drive demand for the products it sells, and so far, that seems to be going well. It'll be interesting to see whether actual results can live up to the hype that the IPO has generated, but for now, shareholders seem confident that Revolve will be able to pass the test and stay popular among investors.