It's looking like the faith activist investor Starboard Value placed in Dollar Tree's (NASDAQ:DLTR) management to effect a turnaround in both its operations and the Family Dollar chain was not misguided.

Although the deep discounter missed analyst expectations on comparable-store sales and was forced to cut its full-year guidance after reporting first-quarter earnings, the turnaround initiative looks like it's gaining traction. 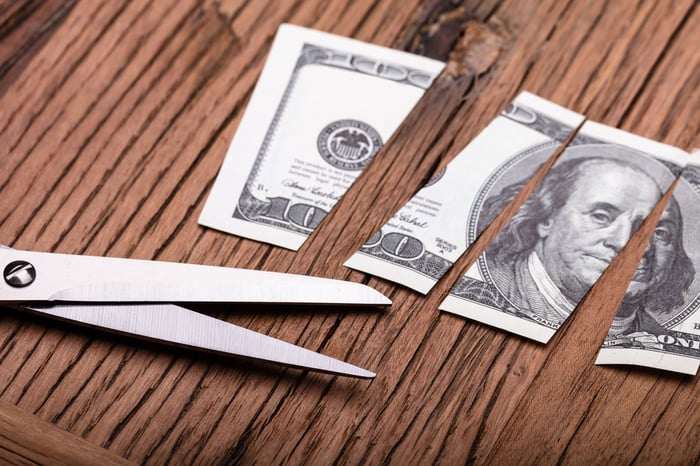 Dollar Tree reported that consolidated sales rose 4.8% to $5.1 billion in the quarter, while comps were up 2.2% at its Dollar Tree stores (2.4% on a currency-adjusted basis) and up 1.9% at Family Dollar.

That last part is important because Starboard Value relented in its threat to wage a proxy battle against Dollar Tree if it didn't sell off the Family Dollar chain. The discount outlet has been a drag on Dollar Tree's performance since it beat out Dollar General in a bidding war in 2015, but the hedge fund agreed not to fight management because it was convinced it had found the remedy to what ailed the retailer.

Although Family Dollar posted comps that were up 1.4% in the first quarter, it remains to be seen whether that was a one-off event. The chain had gained sales at various time since it was acquired only to see them fall again. It has now posted two consecutive quarters of higher same-store sales, and Dollar Tree says it's the greatest gain the chain has notched since it bought it.

Perhaps more important are the gains seen at Family Dollar stores that Dollar Tree is remodeling. Last year, it spruced up around 200 stores and found the remodeled locations enjoyed comps gains in excess of 10%, so it remodeled an additional 350 stores in the first quarter.

It's not clear if the stores will continue to post double-digit comps growth, but Dollar Tree says it intends to remodel a total of 1,000 Family Dollar stores in fiscal 2019. That still leaves a lot of work to be done as there are more than 8,000 stores in total, but between closing down underperforming locations and remodeling others, it could be possible that Family Dollar will turn into a highly profitable chain for the deep discounter.

Still, it was those store closures that weighed on Dollar Tree this quarter. Along with higher freight costs, the retailer said gross margin declined to 29.7%, a 90 basis point reduction, because of the closures. And there are probably more hits to come.

Where Dollar Tree typically closes about 75 stores in a year, this year it intends to close 390 locations, and the majority of those will come in the second quarter. Freight costs show no signs of abating, and new tariff costs have been imposed, which could make for an ugly few quarters. Where Dollar Tree included in its guidance the potential for tariffs to go up to 25%, which eventually did happen, it has not counted on the so-called List 4 tariffs, those that could be hiked in the next round, which could harshly impact results.

President and CEO Gary Philbin said in the earnings release, "If tariffs on List 4 products are implemented, we expect that it will be impactful to both our business, and especially to consumers in general."

With a "substantial majority" of Dollar Tree's merchandise sourced from China, the escalating trade war could have a lasting impact. Still, the discounter has chosen not to include List 4 tariff impacts in its new, lower guidance, so things could get worse.

Still, Dollar Tree anticipates full-year revenue of $23.5 billion to $23.8 billion and low single-digit comps gains. It has also launched its new higher price point test that Starboard Value recommended called Dollar Tree Plus! that is being expanded to 100 stores. The retailer isn't raising prices on existing merchandise but rather is adding more and presumably better-quality items that it can sell at higher prices.

For a company in transition, Dollar Tree's first-quarter results weren't terrible. If the Family Dollar transformation does take hold, though, the retailer will be a much stronger outfit that would offer better returns for investors.