Please ensure Javascript is enabled for purposes of website accessibility
Log In Help Join The Motley Fool
Free Article Join Over 1 Million Premium Members And Get More In-Depth Stock Guidance and Research
By Keith Speights - May 31, 2019 at 9:00AM

A key acquisition made a huge difference in the first quarter for the U.S. cannabis company.

There was good news and bad news the last time Ianthus Capital Holdings (ITHUF -6.08%) reported its 2018 fourth-quarter results in April. The company announced impressive year-over-year revenue growth but a much wider net loss.

Any questions that investors had about Ianthus' first quarter were answered when the company announced its Q1 results after the market closed on Thursday. Here's what you need to know from the company's quarterly update. 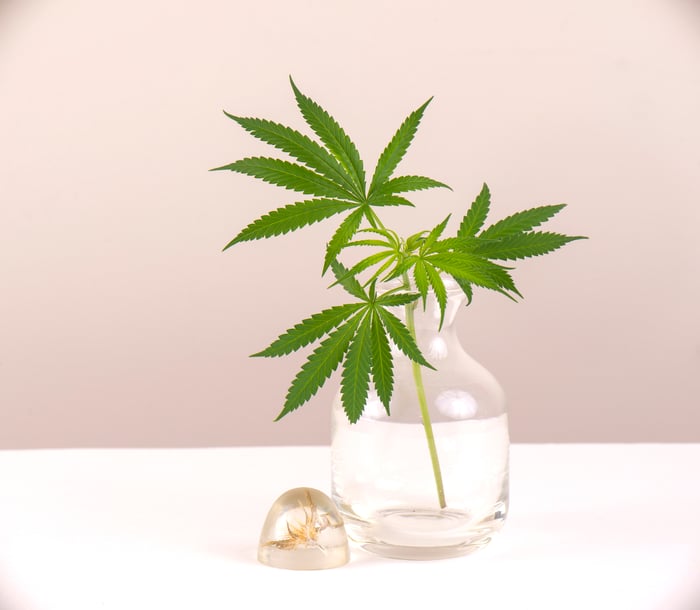 The company reported Q1 revenue of $9.6 million, a huge 4,166.7% jump from the $225,000 reported in the prior-year period. This total also reflected a 384% quarter-over-quarter increase, and iAnthus easily topped the average analysts' Q1 revenue estimate of $2.78 million.

The company's strong revenue growth was due largely to a couple of factors. Greenfield projects coming on line throughout 2018 boosted revenue in Q1 compared to the prior-year period. In addition, iAnthus' acquisition of MPX in February made a big impact.

Why did iAnthus' GAAP loss widen while its revenue soared? Significantly higher spending. The company increased its head count with the MPX acquisition. It's also done a lot of internal hiring.

The adjusted EBITDA loss wasn't as bad, though. iAnthus backed out expenses related to the MPX acquisition, including advisory, professional, legal, consulting, and accounting fees, in the adjusted figure since they're not part of ongoing operational activities.

One thing coming up that iAnthus is especially excited about is the planned opening of its first "Be." retail cannabis store in Brooklyn this fall. Other new stores will also be opened in Miami, Las Vegas, and Atlantic City. Over time, iAnthus plans to retrofit its existing stores to the "Be." branding concept.

Another big development is the company's closing of its acquisition of CBD for Life. This should boost iAnthus' sales significantly, as CBD for Life is available nationwide in the U.S. and a new premium product line and adult line will be launched this summer.