Which stock wins in a one-on-one matchup between these two Canadian cannabis producers?

Until early last year, HEXO (HEXO) (HEXO -2.23%) and Supreme Cannabis (SPRWF) were close to the same size with their stocks performing similarly. Then HEXO took off while Supreme Cannabis didn't. So far in 2019, Supreme Cannabis has chalked up a solid gain but one that's not as impressive as HEXO's year-to-date doubling in value.

But which of these two marijuana stocks is the better choice now? Here's how HEXO and Supreme Cannabis compare. 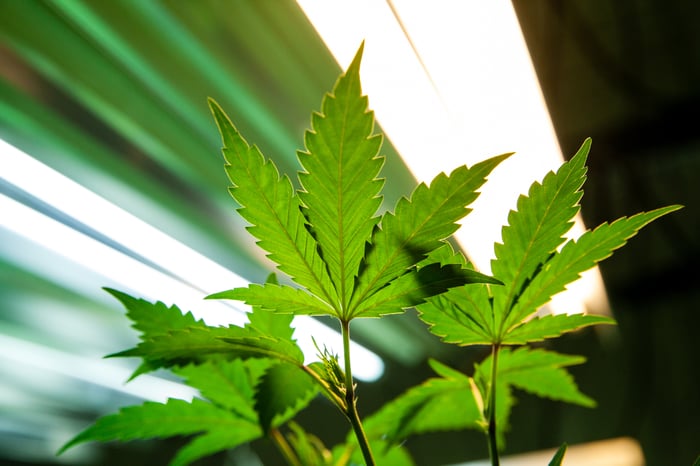 There are three main reasons why HEXO has been a bigger winner than Supreme Cannabis since early last year. And these reasons are also strong arguments why HEXO is still a stock to seriously consider.

One major catalyst for HEXO in 2018 that's still a huge advantage for the company is its supply agreement with Quebec. This deal assures HEXO of a market share of at least 30% in the province. That's tremendously important considering that Quebec is home to the second-largest population in Canada.

Another key factor behind HEXO's successful stock performance is the company's partnership with Molson Coors Brewing (NYSE: TAP). The big beer company picked HEXO as its cannabis partner to form a joint venture named Truss to develop cannabis-infused beverages. This relationship with Molson Coors should improve HEXO's prospects in the Canadian cannabis beverages market expected to open later this year.

What's the third reason for HEXO's strong stock gains? The stock is viewed very favorably by a top analyst. Bank of America's Christopher Carey even thinks that HEXO is the best marijuana stock on the market. Carey especially likes the company's relatively attractive valuation compared to several of its peers.

HEXO's management team deserves a lot of credit for winning the supply agreement with Quebec and the partnership with Molson Coors. There certainly were other companies with plenty to offer in both cases, but HEXO's executives pulled off both deals.

And the company's management recently wrapped up another important deal for HEXO's future. On Tuesday, HEXO announced that it had completed the acquisition of Newstrike Brands. This acquisition boosts HEXO's annual production capacity to around 150,000 kilograms.

There are also several reasons to consider buying Supreme Cannabis. Perhaps the top argument for the stock is its valuation. Earlier this year, my colleague Sean Williams ranked Supreme Cannabis as the most attractively valued pot stock on the market.

The primary appeal for Supreme Cannabis is its premium cannabis flower products. This focus on premium products enables the company to command higher pricing and generate stronger margins.

Supreme Cannabis' product quality also has made the company a top choice as a wholesale supplier to other leading Canadian cannabis producers. The company's largest wholesale customer is Tilray (NASDAQ: TLRY).

While Supreme Cannabis has emphasized cannabis flower, it's not overlooking the derivatives market. The company teamed up with leading cannabis extractor Medipharm Labs to produce premium cannabis oils. Supreme Cannabis plans to launch its cannabis oil products initially in Alberta, British Columbia, and Ontario before expanding to other provinces.

The company's production capacity hasn't been nearly as large as some of the other players in the Canadian cannabis industry. With key licensing obtained earlier this year, Supreme Cannabis' annualized production run rate stands at a little over 26,000 kilograms. However, it recently received approval for adding more growing space that it projects will up its annual production capacity to around 50,000 kilograms.

In my view, HEXO is the better choice over Supreme Cannabis. HEXO has a greater production capacity. It has a close relationship with a big partner, Molson Coors. And the company could attract partnership deals with other major companies in industries that could be disrupted by cannabis. Although Supreme Cannabis has a lower valuation, in a high-growth industry like cannabis a low valuation isn't necessarily a great reason to buy a stock.

My main criticism of HEXO is that it hasn't moved aggressively enough to expand into international markets. I think that these markets present the greatest opportunity for long-term growth for cannabis companies. While I like HEXO as the better pick between these two stocks, I'm hesitant to call HEXO as a stock to buy right now. I won't be surprised if the company is successful, but I also expect that a few of its peers will rack up even greater success.