Two investment banks are bullish for some, but not all, of the same big cannabis stocks.

A couple of big Wall Street banks recently weighed in on a basket of widely traded marijuana stocks. Analysts at Jefferies and Bank of America agreed that two of the world's largest cannabis companies are good stocks to buy right now, but they disagreed sharply about a third licensed producer.

Blindly following recommendations is a surefire way to underperform the overall market, but understanding why analysts are willing to make bold calls is almost always worth the effort. Here's why Wall Street banks think you should buy these three stocks.

Analysts at Bank of America and Jefferies agree that Aurora Cannabis is a buy at recent prices. Both banks believe that Aurora, along with Canopy Growth, will dominate globally. Jefferies believes Aurora has built the right infrastructure to take advantage of a market starved for derivative products, such as edibles, beverages, and vaporizer cartridges.

At the moment, the only derivative products that licensed producers and their retail partners can sell are capsules filled with cannabis oil, some tinctures, and under-the-tongue sprays. None of these form factors are very popular in less regulated markets south of the border. Selling the kinds of products consumers want could be a big step in the right direction for Aurora.

Bank of America's Christopher Carey is enthusiastic about the future of Canadian licensed producers with excess capital, even though sales of licensed cannabis aren't growing very quickly. Thanks to a $4 billion cash injection from Constellation Brands (STZ), Canopy Growth has more capital than any of its peers. This is a big reason Jefferies and Bank of America think this stock is a buy.

Carey explained that distribution channel constraints in Canada will encourage companies like Canopy Growth to branch out internationally. In Carey's view, a stronger impetus to make strategic acquisitions abroad could drive the stock higher. 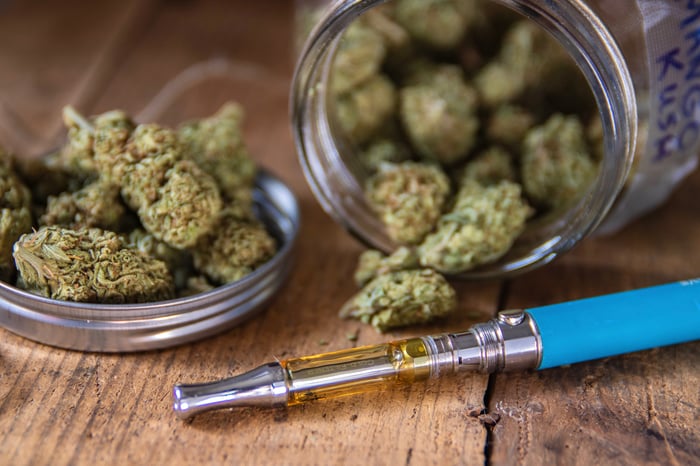 Carey's been able to look past the lack of action from HEXO's partnership with Molson Coors thanks to the wide range of differentiated products it markets. Bank of America thinks Canada's market for licensed cannabis will mature once supply exceeds domestic consumption, an event expected in 2021.

According to Carey, HEXO is well positioned for the future thanks to a widely differentiated product lineup. That's because consumer goods tend to compete for shelf space in mature markets, and HEXO's popular lineup should be able to remain a must-have brand for any retail outlet.

It probably doesn't matter how much infrastructure Aurora's built for cultivating and processing tons of cannabis into edibles and beverages. Health Canada has proposed regulations for derivative products that will severely limit their potency to just 10 mg of THC per container or package. That's just a fraction of what frequent cannabis users need to feel any relief, and this alienated consumer group is responsible for a majority of total marijuana sales in Canada.

Canopy Growth has lots of firepower to make strategic acquisitions, but if the company can't compete with Canada's illicit market, Europe's going to be twice as hard. Germany is probably the most important international market any of these companies are selling cannabis in right now, and it isn't going well there. In the first quarter of 2019, Germany imported 750 kilograms of cannabis flower, which puts it on pace to fall in line with 3,000 kilograms imported in 2018.

HEXO probably has a better chance of survival than Aurora and Canopy Growth, but that's mainly because it's losing money more slowly than its larger peers. Shelf space isn't really an issue when your most popular products are measured in grams and milliliters. 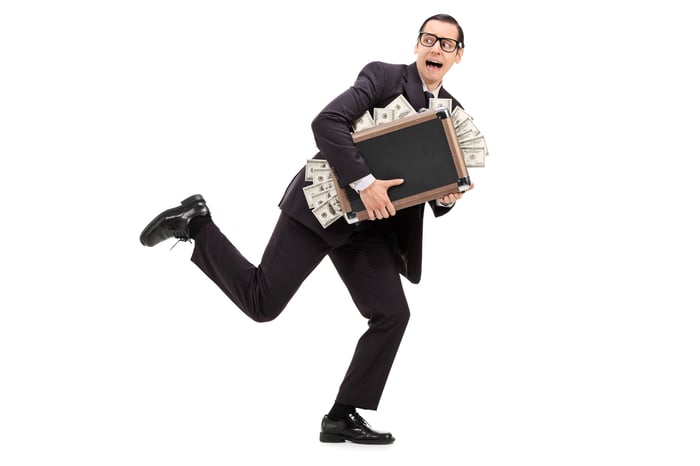 What an insider believes

After selling Origin House to Cresco Labs for a bundle, Origin's former CEO, Marc Lustig, issued a disturbing prediction for his industry: Lustig thinks most cannabis companies will become insolvent within the next several years because of a lack of available capital. Once the wider investing community starts paying attention to the numbers, they'll probably prove him right.

In March, Canadian licensed cannabis sales reached an annualized 566,604 kilograms. That's just a tiny improvement over previous months, and there isn't any reason to expect more than 1 million kilograms annually at the peak. If Canopy, Aurora, and HEXO have no reason to run their expensive new facilities beyond a fraction of their intended capacity, they probably won't be able to pay for them without a handout from investors.

I should point out that I'm far more pessimistic than the analysts who pick stocks for The Motley Fool's premium newsletter services. HEXO has the best chance among these three to survive an impending cash crunch, but all three of these stocks will probably deliver disappointing returns over the next five years.