A tech stock posted results the post-market crowd didn't like, but an energy company launched a fresh new dividend.

Post-market trading tonight is being driven by action around the big tech giants apparently targeted for investigations into their conduct by arms of the U.S. government.

But these behemoths aren't the only tech stocks making news -- there were also several quarterly results hitting the headlines after the markets closed for business. Box (BOX) reported, as did Coupa Software (COUP). On top of that, a big energy company just unveiled a monster share buyback program. 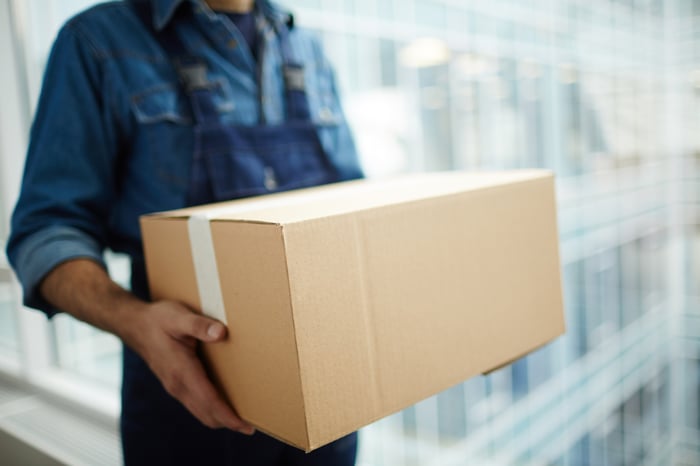 Cloud storage provider Box is getting smacked in after-hours trading following the release of its Q1 2020 results.

However, the company reduced its guidance for full-year revenue. It now believes it will bring in $688 million to $692 million in the entirety of fiscal 2020; it originally estimated $700 million to $704 million. Collectively, analysts were expecting slightly over $700 million.

Box shares are currently down almost 14% in post-market trading.

There was a lot of good news and a touch of bad news in that report. In the former category, the company notched a new record for quarterly revenue, booking just over $81 million. This was a sturdy 44% improvement over the same period of fiscal 2019. Nearly all of this total, $73 million, came from subscriptions.

Both headline metrics exceeded the average analyst expectations. These prognosticators were anticipating just under $74 million on the top line and a per-share loss of $0.04.

Coupa said it expects to book $85 million in revenue in the current (second) quarter, with a per-share loss coming in at around $0.11. Analysts are modeling only $78 million in revenue -- however, they're projecting a much narrower net loss of $0.01 per share.

The profitability guidance aside, investors seem to be impressed by the bottom-line flip. Coupa stock is trading up 4% at the moment.

Oil and gas exploration company Continental Resources (CLR) is about to spit out something besides an energy product. The company announced late in the afternoon that it will start paying a quarterly dividend. It has also launched a share repurchase program.

The dividend is $0.05, and although that's a sweetener for the stock, it's not exactly a big piece of candy -- it yields only 0.6% at the current share price. The buyback, however, is considerable. The company will repurchase $1 billion of its own stock beginning in the current quarter, continuing straight through next year. Its current market cap is a shade over $13 billion.

Of the buyback program, the company quoted its CEO, Harold Hamm, as saying, "[W]e see the current value of our equity as being unreasonably low, making the acquisition of our stock the best use of excess cash at this time."

Continental Resources' inaugural dividend is to be paid on Nov. 21 to shareholders of record as of Nov. 7.