The social network's shareholders are calling for change. Facebook won't.

Every year at Facebook's (META -0.39%) annual shareholder meeting, disgruntled investors express dissatisfaction with how the company is run in the best way they can: by voting. And every year at Facebook's annual shareholder meeting, disgruntled investors expectedly fail to enact meaningful change on a number of fronts due to CEO Mark Zuckerberg's majority voting power. This year was no different.

Unrest continues to grow within Facebook's investor base. How long can the social giant keep ignoring its shareholders? 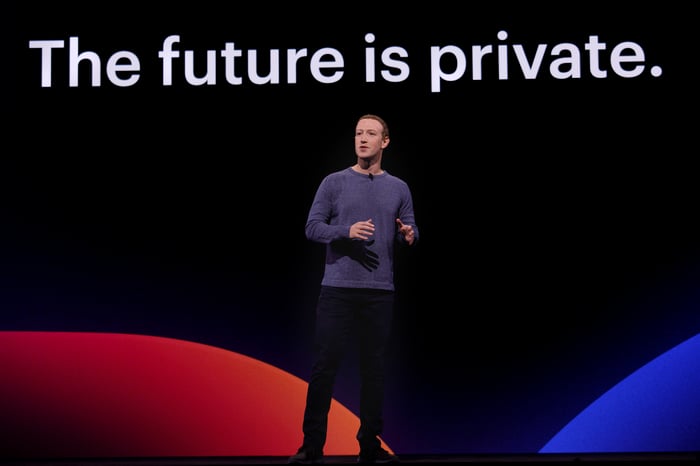 Facebook hosted its meeting last week, and this week released the final tally for the proposals that came up for vote. There are two shareholder proposals that often come up in some form or fashion: a call for Facebook to recapitalize its outstanding stock to eliminate the supervoting Class B shares that His Zuckness wields, and splitting the CEO and chairman roles to bring oversight and accountability to Zuckerberg.

Here are the results for those two proposals, excluding abstentions and broker non-votes:

As of the most recent proxy, Zuck either owns or controls the votes for 12.2 million Class A shares (1 vote per share) and 398.3 million Class B shares (10 votes per share), giving him just a hair under 4 billion total votes, or 57.7% total voting power. When you back out Zuck's "against" votes for the proposals, it becomes clear that shareholders who have never served cold goat meat to Jack Dorsey overwhelmingly support the proposals.

The independent chair proposal doesn't come up every single year, but the proposal to change stockholder voting has come up every year since 2014. Tracking shareholder support of changing Facebook's voting structure using the same exercise yields some interesting results.

For the most part, calls for giving all shares a single vote has maintained significant shareholder support over the years, with the exception of a dip in 2016. It's not clear why a meaningful chunk of investors voted against the proposal that year, but perhaps it was because they were happy with the 37% gains they had enjoyed over the past year.

After all, that annual meeting was before the 2016 U.S. presidential election, when Facebook's inadvertent role in election meddling became apparent. The company has always had privacy scandals, but the sheer scale and frequency of the controversies also started to grow rapidly around that time. Still, 67% support in 2016 is well into the majority of ex-Zuck votes.

The unfortunate reality is that Facebook and Zuckerberg can continue to ignore its shareholders indefinitely, and investors have little to no recourse due to His Zuckness' iron grip.