Yet its earnings filing and management's quarterly conference call with investors contain plenty of important information about the business and its growth potential. Below, we'll look at a few important figures from those recent announcements that go beyond just the headline sales and profit metrics -- and that could give you an edge over investors who weren't as attentive. 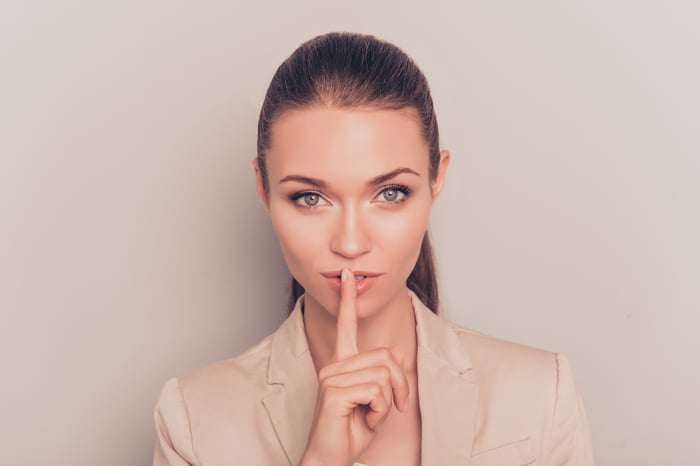 The most impactful thing that Costco sells isn't a product at all -- although the company did sell a $400,000 diamond ring this quarter. As a membership club, its subscriber sales are the real key to its long-term growth. Thus, while it's good news for investors that the chain grew comparable-store sales by 5% versus Walmart's 3.4%, its renewal rate is arguably more important.

Costco members renewed at a 90.7% rate in the U.S. market, the company revealed last week, which was even with the prior quarter's near-record result. Combine that trend with a growing store base, and the chain's subscriber count improved to 53.1 million from 52.7 million a quarter earlier.

Customer traffic growth slowed considerably between the fiscal second and third quarters. Shopper volume gains were 3.4%, in fact, compared to 5.9% three months prior.

CFO Richard Galanti said it's impossible to know whether the shift is part of a bigger trend or simply the noise involved with short-term shopping fluctuations. In the conference call with Wall Street analysts, he noted that Costco has seen many similar blips in the past that didn't presage a marked slowdown.

"Where it goes from here," Galanti said, "we'll have to see." He expressed confidence that Costco is well-positioned to keep growing quickly, should industry trends stay supportive: "We think ... our value proposition is as strong, if not stronger, than it's ever been out there, and we'll have to see where it goes."

Costco is on track to open about the same number of new warehouses this year as in 2018, yet there's no shortage of capital spending needs. Its main investment priorities today include building out the fulfillment infrastructure so that it can get products, especially groceries, delivered to customer homes more quickly.

The good news is that while rivals like Walmart and Target are pursuing the same expensive strategies, Costco's earnings profile is stronger today thanks to the subscriber price increase it has been implementing over the past two years. Operating income is up over 40% in the past five years compared to double-digit percentage decreases for both Target and Walmart. 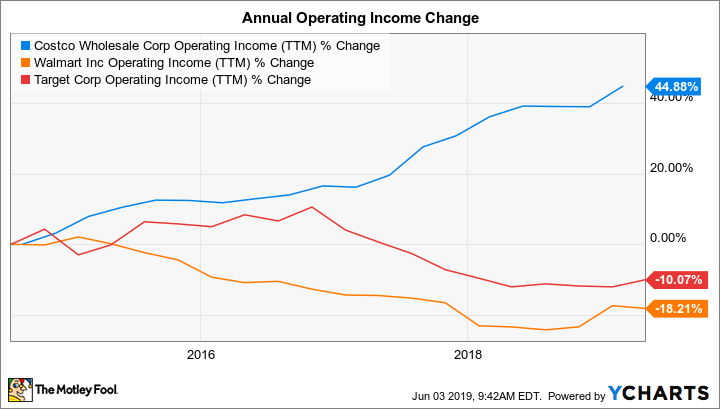 Costco posted a surprising uptick in gross profitability, which helps it stand out at a time when peers are struggling to pass along higher prices and rising expenses. Executives were asked a few times about that boost in the conference call, and they cited cost management and retailing strength as key drivers. "Our buying power ... is enormous," Galanti explained, "given our $150 billion [of annual sales]."

Still, investors shouldn't expect to see growth continue here since Costco is determined to direct almost all of its efficiency gains toward offering lower product prices. "We're not afraid to use some of those [savings] to drive business," Galanti said. That virtuous cycle helps explain how Costco maintains its price leadership, which allows it to win market share through a wide range of industry selling conditions.