Shares of Green Plains (NASDAQ:GPRE) dropped nearly 25% last month, according to data provided by S&P Global Market Intelligence. The ethanol producer reported disappointing first-quarter 2019 operating results -- the first following the completion of an ambitious strategic overhaul in late 2018. Severe flooding in the Midwest (where most of the nation's ethanol production capacity resides) and a decision to significantly curtail production to control losses didn't help the business start off on the right foot.

The ethanol leader reported a gross margin of 0.7%, an operating loss of $40 million, and unusual weakness in its cattle feedlot business. Management is confident the headwinds will prove temporary and introduced a new plan to significantly improve operating efficiency, but investors saw little reason for optimism. 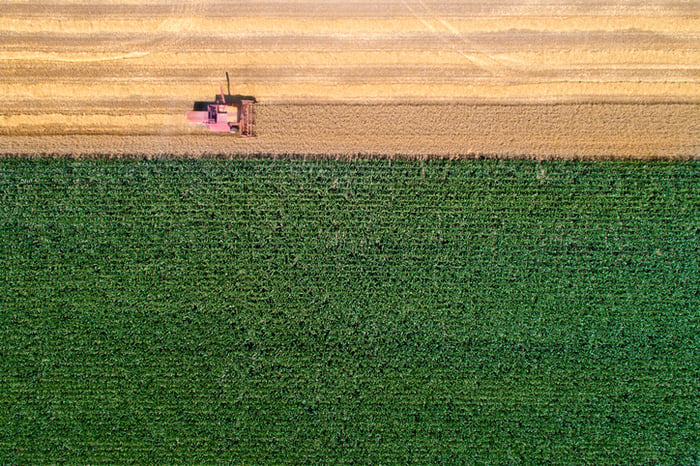 Green Plains reported a utilization rate of only 56% across its fleet, compared to 76.5% in the year-ago period. That's remarkably low, even after accounting for the fact that the first quarter of every year is reserved for large maintenance projects. That, along with a reduced production footprint following asset sales in late 2018, led to a 45% decrease in gallons sold and a 38% decline in total revenue.

To be blunt, Q1 may have been the worst quarter for the ethanol producer in recent memory -- not exactly what investors were expecting. Much of that is simply out of the company's control, however, as ethanol selling prices and tax credit prices remain near levels not seen since 2002.

But management is eager to shore up operations, as evidenced by a major partnership with ICM. The engineering firm boasts that its technology upgrades are producing 8.8 billion gallons of ethanol per year across the globe. Green Plains announced that the pair have identified a path to lower ethanol segment operating expenses to just $0.24 per gallon within the next 18 months. If they deliver, then the company should be able to keep its head above water in even the worst market conditions.

Investors are likely frustrated with the slow pace of progress at Green Plains. Management talked about its portfolio optimization strategy throughout 2018, but, now complete, it's not delivering any noticeable benefit to operations (although it has created a much healthier balance sheet). Now investors are being told to wait another 18 months to see the next major optimization strategy wrap up and even longer for a long-teased, margin-boosting protein production project. Therefore, until tangible signs of progress show up, it might be best to avoid the stock altogether.

Here's Why Green Plains Lost 24.9% in May @themotleyfool #stocks $GPRE Next Article
Current