There's an old adage that states, "May you live in interesting times." It could be taken in a positive way, but many interpret it as a curse. Namaste Technologies (NXTTF 0.71%) has definitely experienced some interesting times over the last year.

The company develops and markets e-commerce technology used by the cannabis industry. Namaste has enjoyed tremendous success -- its stock more than doubled at one point last year and was the best-performing marijuana stock in May. And it's had some major disappointments, including the ouster of its CEO earlier this year for failing to report the sale of an asset to another Namaste executive.

Namaste Technologies added another element to its interesting times recently, with the company filing its results for the first quarter, which ended on Feb. 28, 2019. Here are the highlights from Namaste's quarterly update. 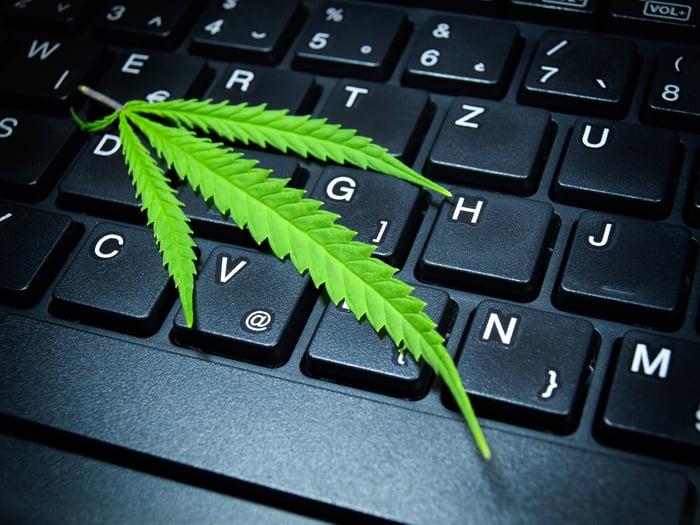 What happened with Namaste Technologies this quarter?

Namaste went in the wrong direction in the first quarter with both its top and bottom lines. There was some good news, though. The company posted additional revenue of nearly CA$104,000 from its Namaste MD integrated telemedicine product. Namaste's acquisition of artificial intelligence (AI) company Findify added nearly CA$266,000 in sales.

However, those bright spots weren't nearly enough to offset the steep sales decline for the Namaste vapes segment. The company reported revenue for the segment of CA$3 million, a year-over-year sales drop of CA$1.3 million. This decrease was due primarily to the divestiture of its U.S. business.

Namaste's wider net loss was due in part to its lower revenue compared to the prior-year period. A significant increase in spending was also a major factor. The company reported selling, general, and administrative (SG&A) expenses in the first quarter of CA$11.8 million, more than double the CA$5.5 million reported in the same quarter last year. This big increase stemmed primarily from higher staffing costs, market expenses, and information technology expenses.

Namaste Technologies now has a new CEO, Meni Morim, at the helm. Morim previously served as the company's chief product officer and also was the founder and CEO of Findify, which Namaste acquired in 2018. Namaste also named several new members to its board of directors. This new leadership team could make more changes to help turn things around for the company.

Investors will want to keep their eyes on the impact to sales from several improvements that Namaste has made to its key products recently as well. The company has implemented several enhancements to Namaste MD and its CannMart website that could prove attractive to customers.

The 6 Best Marijuana Stocks in September
413%