When you think of streaming video leaders, the first services that come to mind are likely Netflix (NASDAQ:NFLX), Prime Video by Amazon.com (NASDAQ:AMZN), and Hulu -- and with good reason. These three providers are the largest players in the U.S. and among the biggest worldwide.

In India, however, they are merely also-rans.

If you live outside India, chances are you don't know about this local champ. But Hotstar is a rising star in streaming, and it's actually owned by Disney (NYSE:DIS). 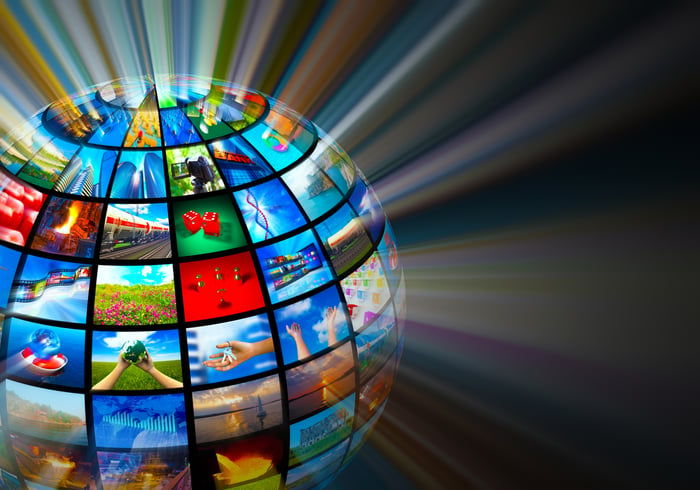 When you wish upon a Star

With the recent acquisition of Fox media assets now complete, Disney became the proud parent of media conglomerate Star India, which owns Hotstar. The reach the company has in its home country is mind-boggling. Star India has a network of 61 channels that are broadcast in eight different languages, and the company's combination of cable and streaming services reaches about 90% of the households in India.

At first glance, Hotstar's paid subscription numbers aren't that impressive. But they need to be put into perspective. The service currently has about 3 million paying customers, which may not sound like much in a country with over 1.3 billion citizens. But it tops the 2.5 million subscribers boasted by Amazon and is more than twice the 1.2 million that subscribe to Netflix in India. And while it has a small premium subscriber base, Hotstar is predominantly an ad-supported service.

Its mobile-first streaming service provides a library of popular local programs and movies that spans decades, but that may not be its most important feature. The service also delivers live access to the sport of cricket -- a cultural phenomenon in India -- which gives Hotstar an advantage over its entertainment-only rivals.

In 2017, Star India secured the broadcast and streaming rights to the Indian Premier League (IPL) annual cricket tournament for the coming five years at a cost of $2.5 billion. That expensive bet paid off. Just last month, Hotstar set a global record for concurrent live viewership for a streaming service, when 18.6 million users simultaneously watched the deciding IPL game. The tournament attracted more than 300 million viewers overall during the 51-day season. In an interview last year, Netflix CEO Reed Hastings was asked about the service surpassing 100 million subscribers and where viewers would come from in the future. Hastings said, "The next 100 million is from India." This highlights how important the country is to the major streaming services.

In order to compete, Netflix recently began testing a lower-cost, mobile-only plan in India, at 250 rupees ($3.60) a month, but it's still more expensive than its rivals. Hotstar subscriptions start at a monthly rate of about 199 rupees (about $2.87 at current exchange rates), while Amazon charges 129 rupees ($1.86) for a Prime subscription that includes streaming video.

The various streaming services aren't just competing on price. The late arrivals had little in the way of local content for Indian viewers. In late 2018, Netflix introduced a number of critically acclaimed programs in a variety of genres in India, as evidenced by their positive ratings on review aggregation site Rotten Tomatoes:

Netflix has green-lighted another six original series and 13 original films for India for 2019.

For its part, Amazon Prime Video is about to release its fourth Indian original series in the country this year, with a total of eight scheduled for 2019. The company now offers content in nine local languages on its site.

With 1.3 billion potential viewers and one of the fastest-growing internet markets worldwide, India is one of the most hotly contested prizes for streaming services, but it's not without its challenges. The streaming market is still in its infancy in the country, and with Disney's ownership of Hotstar -- the hometown favorite -- the company has a leg up on the competition.