Shares of the cosmetics specialist gained on a round of insider buying.

Shares of cosmetics maker Coty (COTY -4.86%) were moving higher last month after a bullish response to insider buying overcame a weak earnings report earlier in the month. The stock finished May up 14% according to data from S&P Global Market Intelligence.

As you can see from the chart below, the stock got a boost early in May on anticipation for its earnings report but then fell after the company posted disappointing results on May 8. The stock surged the next week on reports of insider buying, but gave up some of those gains as trade tensions pushed the broad market lower at the end of the month. 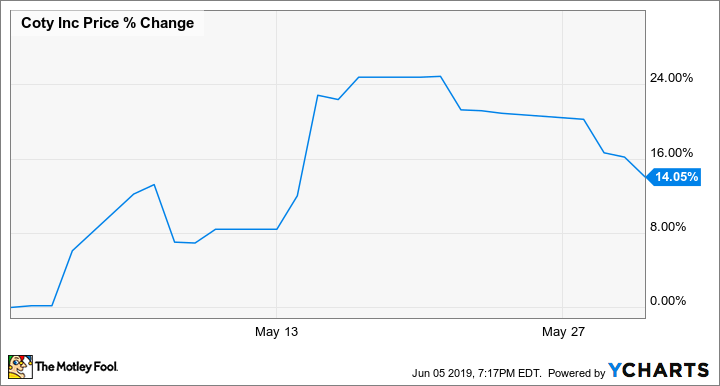 After a jump on early May, which may have been aided by the successful completion of JAB Holdings' tender offer to buy 150 million shares for $11.65 and take majority control of the company, the stock slipped on its third-quarter earnings report, falling 5.4% on May 8. 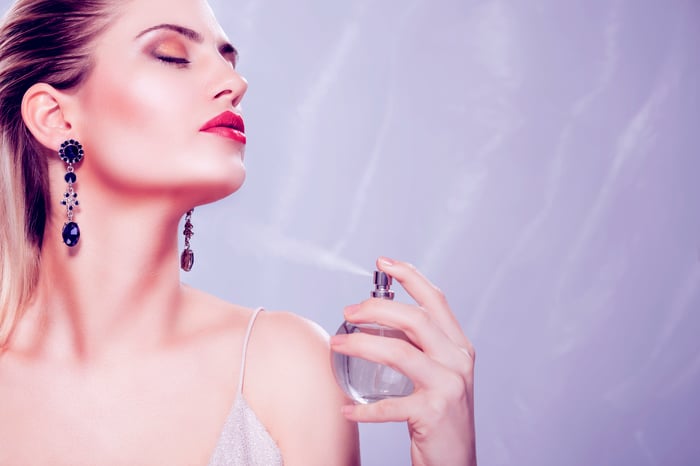 Coty said that organic revenue, which excludes currency exchange, divestitures, and acquisitions, fell 3.7% but reported revenue was down 10.4% to $1.99 billion, which missed expectations at $2.06 billion. The difference between the organic and reported results appeared to be due to a stronger dollar and the end of some small licensing agreements.

Coty also suffered reported revenue declines in all three of its business segments including luxury, which had previously been a source of strength for both Coty and the broader industry. In its consumer beauty division, its weakest segment, reported revenue plunged 17.8% on a reported basis, or 10% on an organic one.

On the bottom line, adjusted earnings per share was flat at $0.13 compared with the previous year, topping estimates by a penny. CEO Pierre Laubies noted that supply chain issues that had hampered performance throughout the fiscal year had largely been resolved for the fourth quarter.

Despite the weak quarter, enthusiasm for the stock reappeared on May 15 as shares rose 9.7% on news that both CEO Laubies and CFO Pierre-Andre Terisse and other insiders had made significant stock purchases. Insider buying is almost always seen as a sign that management believes the stock will increase.

Coty stock has now doubled this year as the company has brought in a new management team and as JAB Holdings, the parent of companies like Panera Bread and Krispy Kreme, has taken majority control of the company. However, it's hard to say that Coty's turnaround has gained traction at this point, especially with organic sales still falling. That means that expectations of improved results are now baked into the stock with the surge so far this year.

Investors can expect to hear more about the company's turnaround strategy on July 1 when the company will webcast its turnaround plan. After a slew of insider buying, investors should hope to hear concrete ideas and a solid plan for the company to grow in the future.