The real estate services leader underperformed its industry last quarter. Could better days be ahead?

Shares of Realogy Holdings (HOUS -3.94%) fell 45.5% in May, according to data from S&P Global Market Intelligence, after the real estate services specialist announced disappointing first-quarter 2019 results.

To be sure, shares promptly plunged nearly 23% on May 2, 2019, alone after its quarterly update hit the wires. The parent company of brands such as Better Homes and Gardens, Century 21, Coldwell Banker, and Sotheby's saw revenue decline 9% year over year to $1.11 billion, below estimates for a top line closer to $1.15 billion. On the bottom line, that translated to an adjusted net loss of $76 million, or $0.67 per share, roughly in line with consensus estimates. 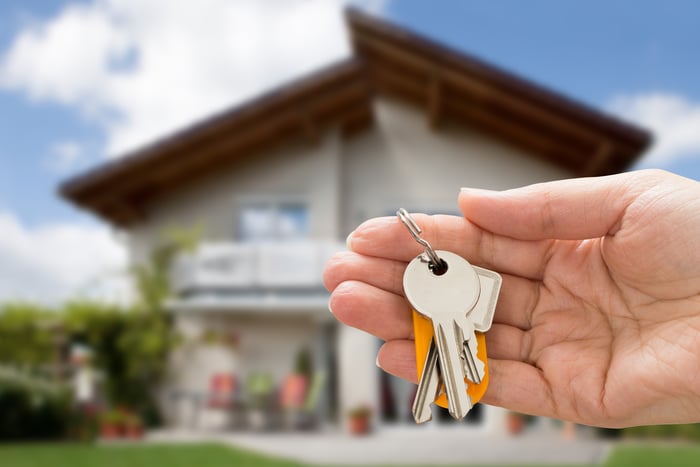 In particular, Realogy's revenue suffered, given a 9% decline in combined home sale transaction volume, which significantly outpaced the broader industry's roughly 4% decline as reported by the National Association of Realtors. Realogy, for its part, said its relative underperformance stemmed from both its geographic concentration and heightened competition in "a few specific geographies."

Realogy CEO Ryan Schneider noted the company "moved aggressively to deliver new marketing, technology, and data products" for its agents, as well as new pricing models and operational efficiencies within its business.

"Despite continued market headwinds and an increasingly competitive environment," Schneider elaborated, "we remain intensely focused on executing our strategy and improving our value proposition to drive greater success for our affiliated agents, our franchisees, and, ultimately, our shareholders."

Realogy declined to provide specific forward financial guidance. But during the subsequent conference call, Schneider did suggest transaction volumes will continue to be negative in the second quarter -- albeit showing an improvement from trends in Q1 -- before returning to growth in the second half of the year.

For what it's worth, Schneider put his money where his mouth is the following week, with an SEC filing showing he acquired roughly $1 million worth of company stock -- or 119,300 shares at $8.38 apiece -- on May 8, 2019. Though Realogy has continued to slide since then, most recently closing at $7.27 per share on Wednesday, the purchase significantly increased Schneider's total stake to 352,761 shares.

With shares now down around 70% over the past year, and if Realogy is indeed able to return to sustained, profitable growth in the coming quarters, that could still prove to be an astute move.