The personalized styling service is proving its staying power.

Six months ago, shares of Stitch Fix (SFIX -2.71%) were in free fall. The stock had lost more than 50% of its value after the personalized styling service reported two straight quarters of underwhelming user growth.

But after its latest earnings report, it's clear that slowing user growth isn't the problem that skeptics had once thought.

What was particularly noteworthy about the quarter was that its impressive revenue growth came in spite of a continued slowdown in active client growth, which increased 16.6% to 3.1 million, its slowest clip as a publicly traded company. 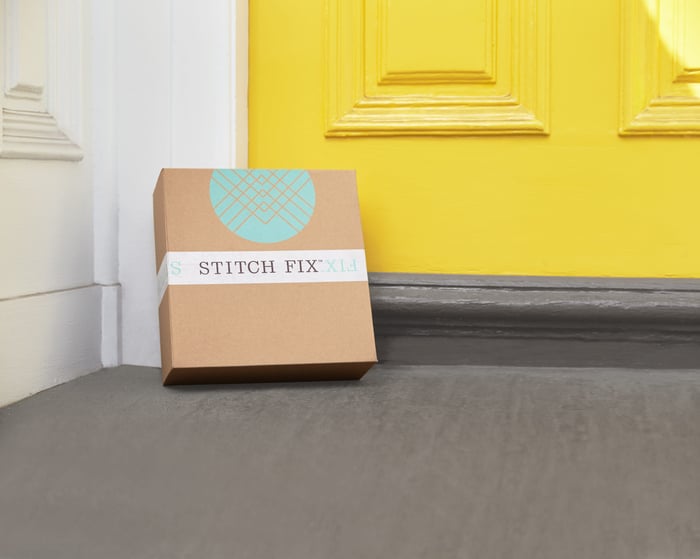 Many paths to success

In past quarters, management deflected concerns about slowing user growth, saying that it was focused on growing overall revenue and was targeting high-value clients, rather than just attracting new users who might not be good candidates to become long-term customers.

The third-quarter earnings report shows that strategy is definitively paying off as revenue per active client increased 7.7% to $467, and the company touted other figures showing customer satisfaction improving.

Management also said that the number of clients keeping at least one item from their first Fix and saying they look forward to their next Fix rose by 8% in the quarter, the fourth consecutive quarter that this figure has grown. Elsewhere, the company said more than a year after it had launched Style Pass, which allows members a year of free styling services for $49, it had more than a 70% renewal rate, showing the company's success in delighting its highest-frequency customer base. Finally, it said that new customer retention in its women's business has improved in fiscal 2019 compared with the cohort from fiscal 2018.

All of those data points should encourage Stitch Fix investors, especially those who had worried about slowing growth in its active client base.

While customer satisfaction is important for any business, it is especially so for Stitch Fix. Unlike brick-and-mortar clothing chains, the company doesn't have any stores that customers can just casually walk into and  learn more about the brand and what it has to offer. Instead, customers mainly become aware of it either through its limited traditional advertising or by word-of-mouth.

Since Stitch Fix doesn't sell clothes directly on its website, it requires a greater commitment than normal in order to become a customer. Potential customers must fill out a profile with their fit, style preferences, and budget, and plunk down $20 to cover shipping costs that will be credited to any purchases they make. Therefore, it's crucial that potential customers who learn about the brand through word-of-mouth hear positive experiences from their friends and colleagues, otherwise they're unlikely to be persuaded to try Stitch Fix. Conversely, a friend's positive experience with the company is more likely to convince a new customer to try the service and stick with it.

Keeping and delighting its clients is even more important than bringing in new ones. So the signs that the company is coaxing customers into spending more money on the platform, better satisfying new customers, and improving customer retention all strengthen its long-term prospects.

Though it may be disappointing to see Stitch Fix's active user growth decelerate once again, the evident satisfaction with the business among its current customer base should eventually solve that problem on its own. Satisfied Stitch Fix customers will advocate for the brand independently, building an organic, self-fulfilling ecosystem of new customers who come pre-screened from their own personal networks, and at no additional cost to the company. Because of that effect, Stitch Fix's customer growth rate should eventually settle at a reasonable stabilization point rather than creeping toward zero as critics had feared.

After putting up 29% revenue growth in the quarter and measurably strengthening its customer base, Stitch Fix is better positioned than ever to execute on its long-term goal of delivering 20% to 25% annual revenue growth.

Stitch Fix Just Took the First Step in Its Turnaround. Will It Pay Off for Investors?

Why Stitch Fix Stock Was Up on Thursday
401%