The company's first public earnings report offers some insight into why investors are so excited about its future.

PagerDuty (PD -0.04%) is a cutting-edge company with a not-so-cutting edge name. The company's software-as-a-service (SaaS) model enables IT departments to respond in the most effective manner possible to problems on companies' websites, servers, and other connected applications.

This week, investors got their first chance to see how the company can perform as a public entity. The results from the first-quarter earnings release were decidedly optimistic. 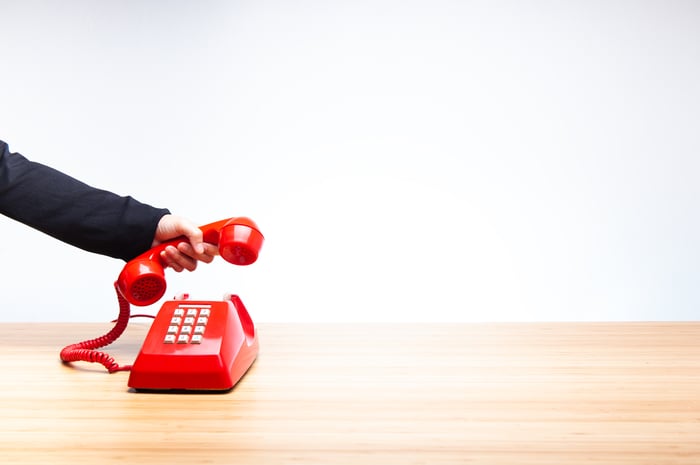 PagerDuty's technology helps determine who has to pick up the red phone and handle emergencies. Image source: Getty Images

Before we get into the details, let's look at how the company performed on the headline numbers.

It's never great to see losses expanding at such a fast rate, but that's only part of the story. Right now, PagerDuty is still a very small company with just over $130 million in trailing sales. It's spending continuously and quickly to capture enormous opportunities in its niche. That's why operating expenses grew at a 59% clip, even faster than the company's impressive 49% revenue growth.

Investors are mostly willing to endure the money-losing pain for two reasons:

That helps to explain why investors are willing to give the company a market cap of over $3 billion, even though profitability is still years away.

Management announced a number of important tidbits in its earnings release. These included:

Speaking on the company's conference call Thursday afternoon, CEO Jennifer Tejada also highlighted some interesting use cases. An oil and gas company started using PagerDuty's technology to monitor maintenance needs and respond to operational issues. And another company -- this time a cement company -- started using PagerDuty to help make sure time-sensitive deliveries were made.

These use cases highlight how versatile the company's technology may become outside of its core segment of IT departments.

Management laid out expectations for the second quarter and fiscal year that highlight continued growth.

If the company were to hit the mid-point of its revenue estimates, it would represent 41% YoY growth in the second quarter, and 38% YoY growth for the year. While profitability might still be a far-off goal, investors will likely be willing to show patience with this type of growth.