Peter Lynch gave investors a priceless map to find winning investments. How does Pepsi stack up in the world of Lynch?

Legendary investor Peter Lynch transformed the way investors think and talk about stocks. Although he achieved an average annual return of 29% as manager of Fidelity's Magellan Fund, Lynch is perhaps best known for his series of books focused on helping Average Joe investors beat the market. To these investors, Lynch gifted a process that can be used to pinpoint winning investments. Let's unfold the Lynch roadmap and see if we can follow in his footsteps using his measures of competitive advantage, earnings growth, and value. 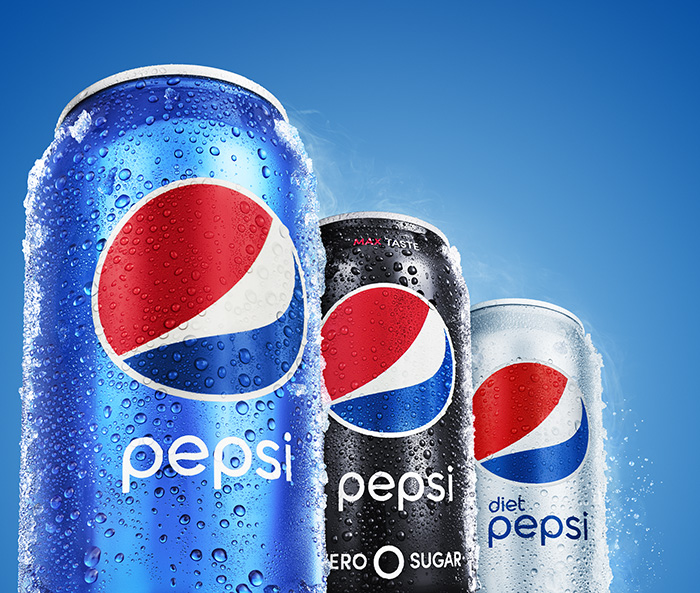 Armed with the knowledge of what to look for in a competitive advantage, we can venture out and try to bag one of these moat-rich companies. Pepsi (PEP -0.45%), the huge soda and snack-maker has speckled convenience stores across the country with Doritos and shiny blue cans of soda for decades. The company has been in business since 1898, and in 2018, sales passed $64 billion.

Right off the bat, Pepsi enjoys competitive advantage from its brand. After all, the Pepsi name and logo can be found in all places from super bowl ads to soccer stadiums, and that mind share Pepsi enjoys among consumers carries incredible value.   Smart investors, however, will dig a little deeper and search for clues that highlight Pepsi's brand strength, such as customer loyalty. Products that draw customers in, despite close-at-hand substitutes, enjoy this quality. In turn, customer loyalty leads to higher sales and crystalizes a brand-based competitive advantage.

As another indication of customer loyalty, Pepsi recently edged out Coca-Cola (KO -0.45%) as the most loyal, non-diet soda in a loyalty engagement poll. This finding is huge as Coca-Cola, with 2018 sales of close to $32 billion,  is Pepsi's chief rival when it comes to its beverage business. The two have been infamously battling it out for years including a 1980's Cola War that featured taste test challenges and the rise and fall of New Coke.   For investors, this loyalty tells us that Pepsi drinkers will not easily leave their preferred brand. It also indicates that Pepsi's brand gives it some level of competitive advantage.

Having identified a likely moat for Pepsi's business, we should further analyze Pepsi through the other checks in Peter Lynch's framework.

All investors want to see their investments grow. Smart investors will search out companies that have a large fuel source for growth. What is the best fuel for great investments? Earnings. If a company's management is capable, they will reinvest earnings at high rates of return and create juicy returns for investors. If this fuel source is growing, then the potential for great returns is even better. To pin this down, we turn to five and 10-year earnings growth rates.

For Pepsi, we find that earnings grew at a 10.6% CAGR over the last 10 years and picked up speed over the last five years a five-year period, with earnings growing at a 15% CAGR.This is great news, as it not only tells us that the fuel to build huge returns is growing but also that its rate of growth is picking up speed.

Pepsi was able to pull this off in part due to its huge earnings lift of 160% last year, which rested on strategic initiatives such as management's focus on "guilt-free" products in its snack business.  Snacks for Pepsi represent roughly half of the company's revenues, and this push for snack innovation has helped to offset the decline in sugary beverage consumption. Also, the company appears committed to innovation, investing an average of $730 million in research and development over the last five years, or just above 1% of sales. Looking forward, analysts expect earnings to grow at an average rate of 5% over the next five years.

For investors following Lynch, earnings growth is another key landmark along the way. This measure serves as a fuel for higher returns, and in the case of Pepsi, we find the company has been successful at growing this fuel. Stepping forward, we can use future earnings growth to hone in on another key Lynch measure: value.

The search for winning investments doesn't stop at moats, earnings growth, or fundamentals in general. Investors reaching for great returns will also make sure to pay a fair price for an investment. Stock returns after-all, take place as share prices rise to align with values. If we can estimate intrinsic value, then we can be wiser about the price we pay for an investment. Luckily, Lynch left us an important measure to help.

One of the most popular measures to gauge share value is the price-to-earnings ratio or simply the PE. Think of this in terms of how much is being paid for one dollar of earnings. For a share with a PE of 10, an investor is paying $10 for every dollar of earnings the company collects. Compared to a company with a PE of 15, all else equal, this appears cheap. However, this tells us nothing about the future prospects of the business. That's where the earnings growth comes into play.

For Lynch, in order to figure out if a company's share price was selling at a good value compared to its future potential, he looked at its PE ratio divided by the company's earnings growth. This measure, called the PEG ratio, provides a quick glance of the company's current value and its future. Anything less than one indicates value while values above one indicates that the stock is overpriced.

Turning to Pepsi, we find that with a PE of just over 23 and future earnings growth of 5%, the stock has a PEG of 4.63. According to Lynch's rule-of-thumb, these shares are grossly overpriced. Since the beginning of the year, Pepsi share prices have been on a tear, rising almost 24%   after the company released a full-year earnings report which showed an outstanding increase in net margin of almost 12%.  Although part of this can be explained by a benefit of a tax provision in 2018,  it also reflects the company's push to for cost savings efficiency gains, with a goal of $1 billion in annual savings going forward. Investors impressed with Pepsi's story so far, however, should wait for these shares to go on sale.

Although the PEG measure is not the only tool in the valuation toolkit, it gives us a more robust picture than the PE ratio alone. Lynch used it as a quick view of a stock's current value compared to its future potential and for us, it is another feature on the path to Lynch.

In his writings, Peter Lynch gave investors with a valuable road map that blazed a trail to winning investments. This map contains priceless features such as competitive advantages, earnings growth, and valuation measures that can be used to pin down stocks that would make Lynch smile. A look at Pepsi shows that although it is not priced for value at the moment, the company has moat features and strong earnings growth, key landmarks on the path to Lynch.