Shares of the luxury parka maker tumbled on a disappointing earnings report.

Shares of Canada Goose (GOOS -3.59%) were getting stuffed last month after the high-end winter coat company turned in a disappointing fourth-quarter earnings report and gave long-term revenue growth guidance that didn't live up to Wall Street's expectations. As a result, the stock finished the month down 37%, according to data from S&P Global Market Intelligence.

As the chart below shows, the bulk of the stock's losses came on May 29 after it released the earnings report. 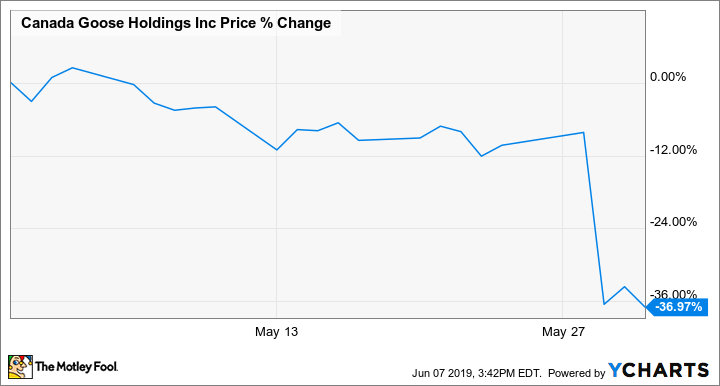 Coming into the report, Canada Goose had been the rare growth stock in apparel retail as its expensive coats have become fashionable across North America, Europe, and Asia, and the stock had nearly quadrupled from its 2017 IPO. 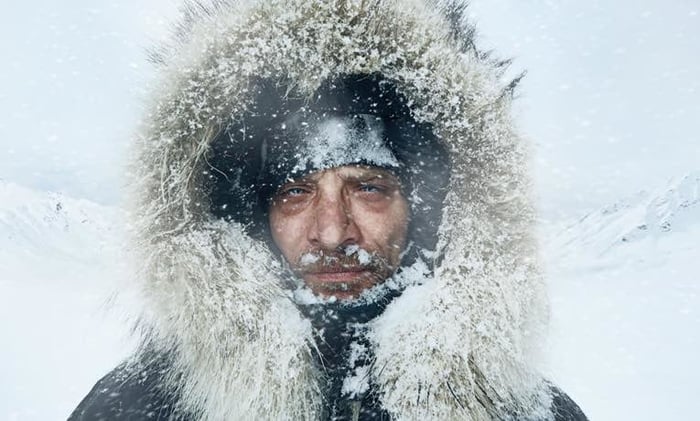 But revenue growth in the fiscal fourth quarter, a seasonally slow period, decelerated to just 25%, the company's slowest pace as publicly traded company, and its sales of $156.2 million Canadian ($115 million) missed estimates at CA$158.9 million. That growth rate was significantly slower than the 44.5% the company experienced in the first three quarters of the year. Adjusted earnings per share in the quarter were flat at CA$0.09, but the focus remained on the top line as investors see this as a growth stock.

Nonetheless, CEO Dani Reiss touted the company's performance during the fiscal year and its long-term opportunity, saying, "We entered the year with a very ambitious agenda of global growth, and we have surpassed it with flying colors."

Reiss added: "Our business and our people have never been stronger. I believe that we are still just scratching the surface of our long-term potential as we continue to define performance luxury globally."

I've been skeptical of Canada Goose in the past as the stock has been treated more like a tech company than an apparel brand. But the recent sell-off could offer a reasonable entry point as the stock now trades at a P/E of about 34, less than Lululemon Athletica, and management is projecting EPS to double over the next three years. If Reiss can manage the brand effectively and execute on that promise, the stock could move higher from here.

Why Canada Goose Stock Plunged 21% at the Open Today