The process automation company looks set for a better second half but headwinds are rising.

Shares of Emerson Electric (EMR -0.10%) slumped 15.1% in May, according to data provided by S&P Global Market Intelligence.

The move can be put down to a combination of a slightly disappointing earnings report -- accompanied by a cut in sales and earnings expectations -- and negative sentiment regarding its energy-focused sales in the light of recent falls in the price of oil. 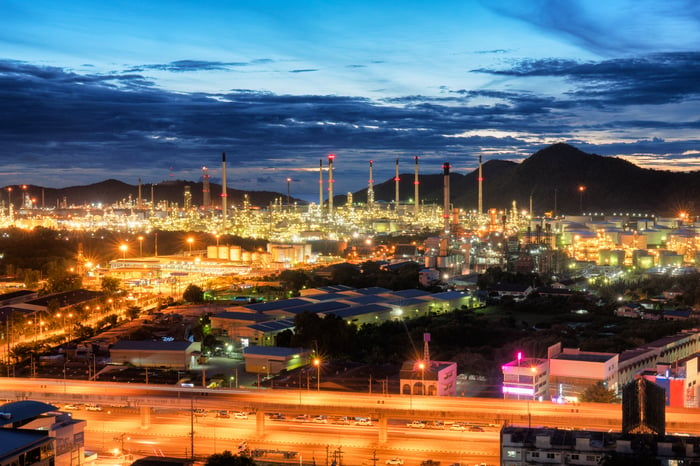 The weakness in CRS was put down to a combination of destocking in North America, and a weaker-than-expected recovery in Southeast Asia and the Middle East, but management expressed confidence in its outlook for the second half.

The more concerning matter relates to automation solutions. It's no secret that discrete automation spending is coming under pressure in 2019 -- not least from challenged automotive and semiconductor end markets -- and Emerson is also being impacted. That said, Emerson is more exposed to process automation, but even here the company had some issues, notably a delay in spending by its upstream oil and gas customers in its second quarter.

Management cited a few reasons why including a pause in spending in the Permian Basin due to a lack of takeaway capacity and poor weather in the winter causing declines in new activity in the Bakken field. At the time of the results, the expectation was that these matters were likely to resolve themselves in the second half as the weather improves and pipeline construction improves takeaway capacity in the Permian Basin later in the year.

Unfortunately, the optimistic thesis has taken somewhat of a blow given the recent pullback in the price of oil to the low $50s -- something that might be sufficient to adjust oil and gas companies' capital spending plans.

So, it's not hard to understand why the market has taken a dim view of matters. Throw in the usual concerns over tariffs and it becomes even clearer why the stock has been sold off. 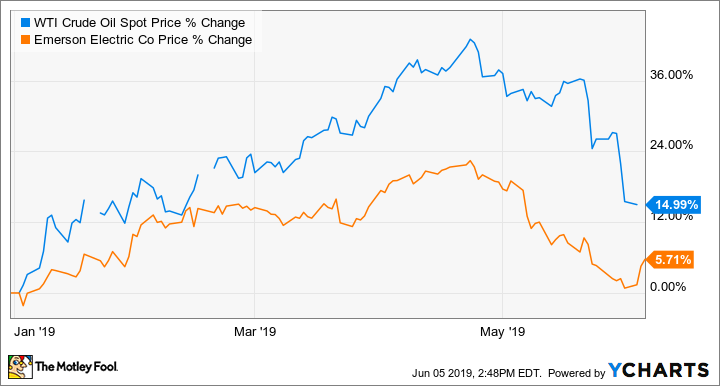 Based on company guidance, the stock looks like a good value, but the key question is whether the company will meet expectations, or even if orders are merely pushed out a bit due to events. It's far from clear right now, but if you believe in the long-term future of fixed investment in infrastructure, then the recent sentiment-led dip could be creating a good buying opportunity into a stock on an undemanding multiple.