Shares of Zoom Video Communications (NASDAQ:ZM) have been on a tear since the company went public in April. Before the videoconferencing company posted its fiscal first-quarter results on Thursday afternoon, shares were already up 116% from the company's IPO price of $36 and 25% from the $62 price at which the stock closed its first trading day just a few months ago. But there was more where these gains came from: Shares soared 18.4% on Friday, following the company's strong fiscal first-quarter results.

Why is the Street so bullish on Zoom Video? Let's take a look at some of the numbers getting investors excited. 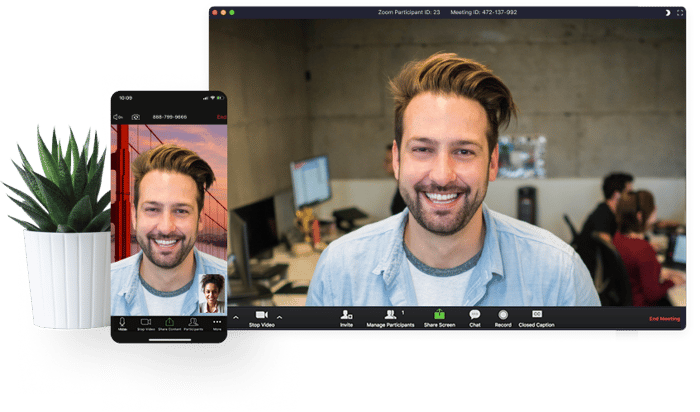 Zoom's revenue in its first quarter of fiscal 2020 soared 103% year over year to $122 million, crushing analysts' average forecast for revenue of $112 million.

Revenue growth, management explained, was driven by growth in new customers as well as sales expansion within existing customers.

Capturing how lucrative Zoom's business model is, the company generated $22.2 million of cash from operations during its fiscal first quarter, up significantly from $2.8 million in the year-ago quarter.

Free cash flow, or cash from operations less capital expenditures, was $15.3 million, up from -$1.1 million in the year-ago quarter.

Zoom's net dollar expansion rate, or the year-over-year increase in user spend of existing customers over the trailing-12-month period, was greater than 130% for the fourth quarter in a row.

For the full year of fiscal 2020, management forecasts revenue to be between $535 million and $540 million, well ahead of the $526 million analysts were modeling for.

While Zoom's rapid growth is impressive, investors should tread carefully. The stock now has a wild market capitalization of more than $24 billion, despite the videoconferencing company recording only $331 million in revenue in fiscal 2019.