Shares of Urban Outfitters (NASDAQ:URBN) were moving in reverse last month, after the lifestyle and apparel retailer posted offered disappointing guidance first-quarter earnings and got swept up in broader concerns about trade tensions with China. According to data from S&P Global Market Intelligence, the stock finished May down 24%.

The stock slipped over most of the month but had its worst day of the month on May 22, after the earnings report came out. 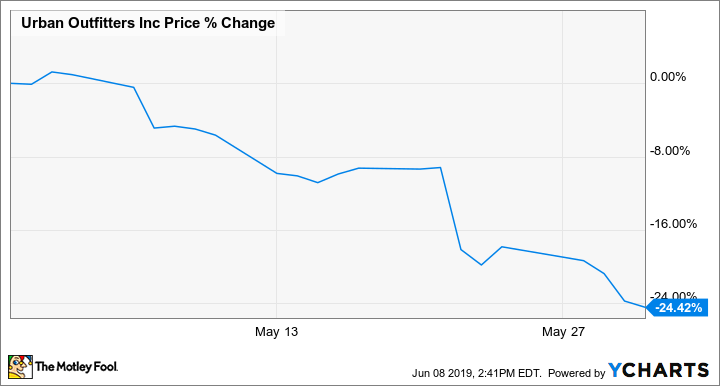 Shares of Urban, which also owns Anthropologie and Free People, fell 10% on May 22, even though its actual earnings results were better than expectations. Comparable sales across the company increased 1%, as digital sales rose by double digits but in-store sales fell.  Overall revenue increased 1% to $864.4 million, topping estimates at $855.7 million. 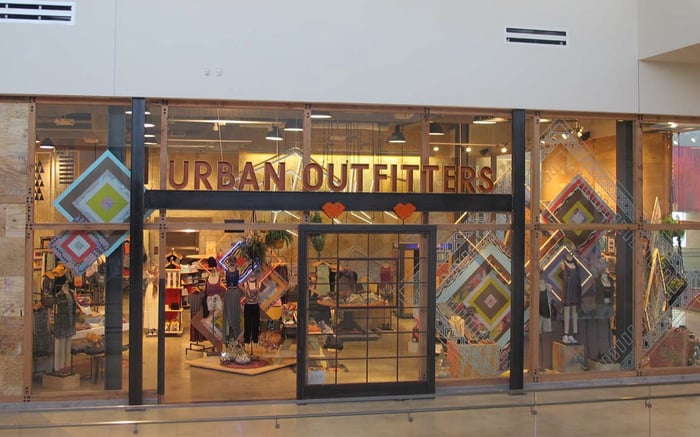 However, the company struggled on the cost side of the equation as gross margin fell 167 basis points to 31.1%, because of higher delivery and logistics expenses and increased markdowns from underperforming women's apparel at the Anthropologie and Urban Outfitters brands. Earnings per share declined from $0.38 to $0.31, but that still beat expectations at $0.25.

The market also didn't like management's commentary on the earnings call, as CEO Richard Hayne said May had been challenging because of negative store traffic and product misses at Antrhopologie and Urban Outfitters, indicating that the challenges in the first quarter may have gotten worse. Hayne also said the company's apparel merchants had been less successful at interpreting this year's trends. CFO Frank Conforti added that the company was tracking for low-single-digit comparable sales in the second quarter and a 300-basis-point decline in gross margin.

The internal challenges the company is facing, combined with broader on worries about Chinese tariffs, create a tough road ahead for Urban Outfitters. The company has been more aggressive than many of its peers in adapting to changing industry dynamics, seem in moves such as a buying a small pizza chain and announcing at the same time as the first-quarter earnings report a new clothing rental business called Nuuly.

The weak May jobs report from Friday could signal headwinds building in the U.S. economy. If that's the case, this stock may continue sliding until the company improves its product selection.