Two of these tech stocks jumped and one fell after earnings. Here's what investors should know. 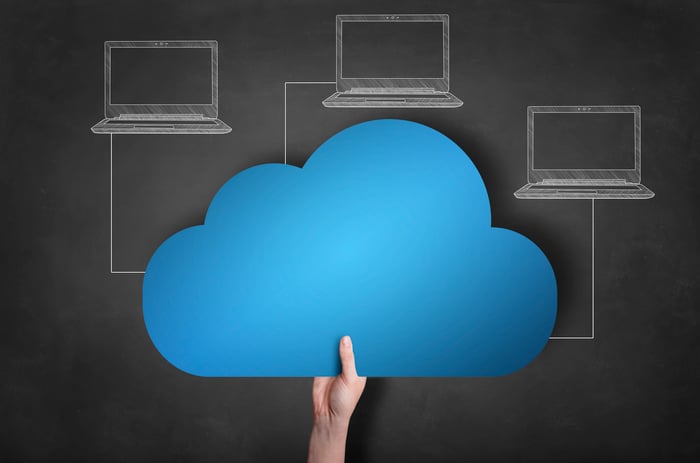 After crushing analyst estimates when it reported its fiscal fourth-quarter results earlier this year, MongoDB had expectations running high going into its fiscal first-quarter update. But the cloud database company has still managed to outperform analysts' high bar for the period, beating both top- and bottom-line estimates.

Powering the quarter's momentum, MongoDB saw strength across all of its products and geographies, management said in the company's fiscal first-quarter earnings release.

Between Monday and Friday, shares rose a total of 21%. The bulk of these gains came in the days following MongoDB's earnings release.

Though e-signature specialist DocuSign beat expectations for both revenue and non-GAAP EPS, the stock still fell 12% during the trading day following the company's fiscal first-quarter earnings release. That was probably due to a deceleration in DocuSign's billings growth. Billings were up 27% year over year, down from 31% growth in the company's fiscal fourth quarter.

But investors shouldn't overlook the e-signature specialist's 37% year-over-year revenue growth -- an acceleration from 34% growth in the prior quarter -- and its 33% jump in the number of enterprise and commercial customers on its platform. In addition, free cash flow came in at $30 million, up from $9 million in the year-ago quarter.

Investors are quickly learning about Zoom Video's ability to grow its business at uncanny rates. In the company's first reported quarter as a public company, Zoom's revenue surged 103% year over year to $122 million. The performance was fueled by an impressive 120% year-over-year jump in the number of customers on its platform who each contribute over $100,000 in trailing-12-month revenue.

Free cash flow for the quarter was $15.3 million, up from negative-$1.1 million in the year-ago quarter.

Daniel Sparks has no position in any of the stocks mentioned. The Motley Fool owns shares of and recommends DocuSign, MongoDB, and Zoom Video Communications. The Motley Fool has a disclosure policy.