Please ensure Javascript is enabled for purposes of website accessibility
Free Article Join Over 1 Million Premium Members And Get More In-Depth Stock Guidance and Research
By Lee Samaha - Jun 10, 2019 at 10:34AM

The company got hit by a mix of end-market and stock-specific issues.

Shares in water heater and boilermaker A. O. Smith ( AOS 0.11% ) declined by 23% in May according to data provided by S&P Global Market Intelligence. There are no prizes for guessing the two main reasons for the decline.

First, the company has long been seen as a play on growth in China -- the country accounts for just over a third of its sales -- and any sign of increased trade tension will weigh heavy on its prospects.

Second, the company got hit by a short-seller's report into its business practices in China. According to the reports from J Capital Research, A. O. Smith has a previously undisclosed partner in China called Jiangsu UTP Supply Chain that is heavily involved in A. O. Smith's business in the country. In fact, the reports claim that UTP could be responsible for 50% to 75% of the boilermaker's sales in the country. 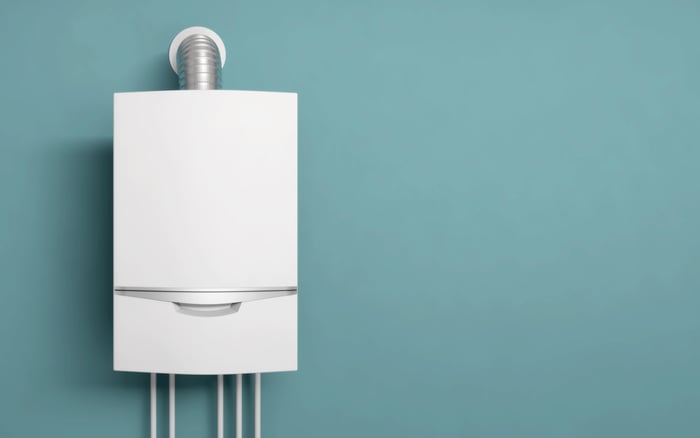 It gets tricky here because the short-seller believes A. O. Smith has used UTP in order to inflate gross margin and engage in "distributor-financed channel stuffing." In plain English, J Capital is arguing that A. O. Smith may have used loaned cash to distributors in order to support its sales -- an activity that will eventually catch up with the company should the distributors fall into financial disarray and/or find themselves with far too much inventory. In addition, if A. O. Smith's pricing and margin is being inflated, then it's likely those numbers will fall in the future.

In response to the initial report on May 16, A. O. Smith responded the next day claiming to have put the matter straight, and also claiming that the short-seller had made misleading allegations "designed to negatively impact A. O. Smith's share price for J Capital's own benefit."

In a nutshell, A. O. Smith said UTP is a supply chain partner that purchases its products and then distributes them to other retailers and end users. A. O. Smith's response went on to state that Ernest & Young audited its financial statements, and "we do not have debt or equity interests in UTP and maintain appropriate independent commercial agreements."

However, the response certainly didn't satisfy J Capital, and it issued a second report on May 29 claiming that A. O. Smith "has been silent on the revelations in our report of May 16, responding only to admit that the company does, in fact, have a previously undisclosed relationship with Jiangsu UTP Supply Chain Management."

Moreover, the short-seller continues to believe there will be significant inventory destocking and margin pressure in China in the second half as a result of A. O. Smith's previous actions.

Frankly, it's very difficult to know what's going on, here, and unless you have a strong view on matters, the stock might be worth avoiding for retail investors. At the very least, it would be good if A. O. Smith came out and explicitly said it hasn't supported UTP with loans or guarantees -- something that J Capital still maintains A. O. Smith has done with UTP. Until the matter is fully cleared up, the issue is likely to hang over the stock.