Good news for the company's G6 CGM system translated to a nice gain.

Shares of DexCom (DXCM 1.08%) jumped 9.9% on Monday after rising more than 12% earlier in the day. The nice gain appears to be related to a couple of factors.

One is continued momentum from Medtronic's (MDT 1.26%) announcement on Friday that it will develop insulin pumps that will be interoperable with the DexCom G6 continuous glucose monitoring (CGM) system. And over the weekend, Tandem Diabetes Care (TNDM 4.08%) presented highly anticipated results from the International Diabetes Closed Loop (iDCL) trial of the DexCom G6 and Tandem's t:Slim X2 insulin pump at the American Diabetes Association (ADA) meeting.

Currently, the CGM system integrates with Tandem's t:Slim X2 insulin pump in what's called a "closed loop" system, where the CGM monitors glucose levels and lets the pump know when to administer insulin. Medtronic's decision to launch insulin pumps that are interoperable with the G6 system should expand the potential market for DexCom. 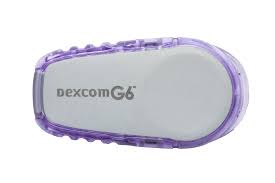 Tandem's presentation of data from the iDCL study was also great news for DexCom. This was the first large-scale study of a closed-loop system that included a dedicated control group.

In DexCom's Q1 conference call in May, Steve Pacelli, the company's executive vice president for strategy and corporate development, said that this data would "probably be the highlight" for DexCom at the ADA meeting. And it was indeed a highlight. Probably the most impressive result from the iDCL study was that the time that patients were in an acceptable range for glucose levels was 76% for those using the closed-loop system compared with only 59% for patients in the control group.

The popularity of the G6 CGM system is a big reason DexCom stock has soared nearly 50% over the last 12 months.

DexCom should have more good news for its G6 system later this year. The company plans to roll out new features this fall. It hopes to launch the G6 CGM with Medicare later this year.

But the G6 will be the big story for DexCom for a limited time only. The company is working on its next-generation G7 system and plans to launch the new CGM by late 2020 or early 2021.

2 Breakout Growth Stocks to Buy for the Long Haul
411%