Always present, rarely seen, and increasingly essential, the fast-growing tech company is slowly emerging as a cloud titan in its own right.

Music fans may have no idea who Sir Richard Starkey is, but they're sure to know Ringo Starr. The longtime Beatle wasn't the first drummer to play with the band, nor was he the top-billed act on the band's records. Yet without Ringo, The Beatles never would have become The Beatles.

Today that seems self-evident. But in 1960 and '61, Pete Best was playing with Paul, John, and George while Ringo was still with Rory Storm and the Hurricanes and making a name for himself as a drummer. But then in August 1962, The Beatles dismissed Best and added Starr, and his rise to fame began. Twilio's (TWLO 7.49%) rise to cloud titan status is following a similar track. 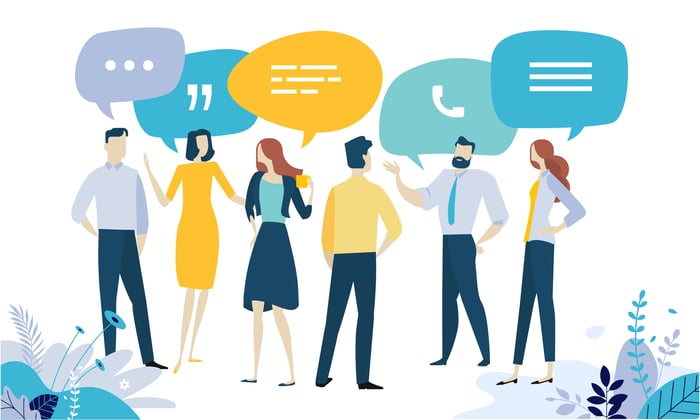 Twilio is connecting the world of business in unprecedented ways. Source: Getty Images.

Two years ago, on May 2, 2017, the company told investors that its signature client, Uber (UBER 2.47%), was planning to devise its own platform for connecting drivers and riders using SMS. Since Twilio was and still is a cloud-native platform for orchestrating just these sorts of communications for clients, no one was surprised to see the stock crash the day of the announcement or watch it fall to $23.17 a share by May 9.

Oddly, investors knew ahead of time that Twilio was getting far too much revenue from Uber and Facebook via WhatsApp. Fool contributor Leo Sun all but warned us of what was to come the month before Twilio's infamous May 2 earnings call:

One of Twilio's biggest weaknesses is its dependence on big customers. ... WhatsApp accounted for 9% of its sales last year, and Uber accounted for "more than 10%." To make matters worse, WhatsApp is a "Variable Customer Account," which isn't required to pay minimum payments, and it can switch to a rival service at any time.

Just as The Beatles decided Best wasn't a fit, WhatsApp and Uber could jettison Twilio at a time of their choosing. Uber's decision cut deep, but it also forced Twilio CEO and co-founder Jeff Lawson to get more creative and put more resources into innovation. Twilio would have to earn its keep from a variety of products and a wider variety of clients.

Getting by, with a little help from friends

This sort of tale isn't unusual in business or entertainment. As an investor and unabashed fan of heartwarming stories, I love reading about an underdog who adapts to win. Starr, interestingly, had to do just that to stay part of The Beatles and win fans who'd become accustomed to Best's backbeats. His unique take, derived in part by learning to play a right-handed drum kit despite being naturally left-handed, ultimately won fans over and led to a decades-long solo career that's still going. It's Ringo on his own terms.

Twilio, for its part, became so good at automating delivery of text and SMS messages to enhance apps such as Uber that the company ended up having to prove it could do more. Lawson responded by doing what he does best: developing software. These days, the core Twilio platform includes the Flex contact center suite and more apps using Twilio for making voice calls where and when it makes the most sense to do so. Also, 5 million developers use the platform now. 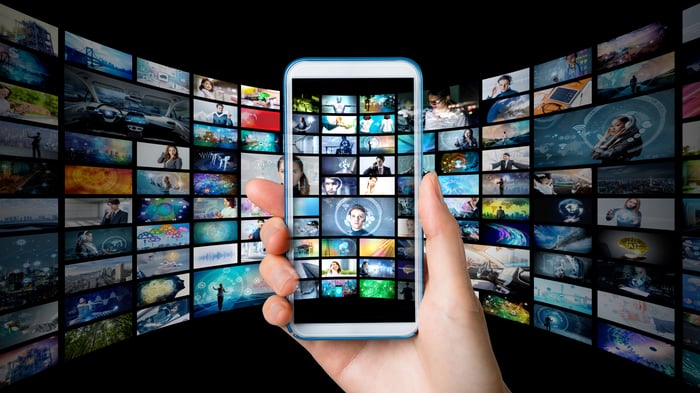 Twilio's influence is growing in a world where the smartphone is your concierge. Source: Getty Images.

The backbeat of the mobile Web

Now that Twilio has turned around its fortunes and appears heading to a very bright future, it's worth noting its place in the history of the cloud through the lens of what we can see today. To me, the company appears to be the fifth great pillar in the pantheon of cloud titans that includes Alphabet, Amazon.com, Facebook, and Microsoft.

Think about it. When was the last time you turned to your computer to get a quick answer or access a needed service? More likely you turned to your smartphone. We all do; the iPhone is the concierge of modern life for hundreds of millions around the world. Overall, Statista counts 2.7 billion smartphone users around the globe. Every one of them is either already or could one day contribute to Twilio's business results by activating an app that uses the Twilio platform to orchestrate communications.

For Twilio, cloud titan status hasn't come easy. Between a weird breakup and a somewhat awkward reconciliation with Uber, a marriage to SendGrid, and a vast range of new products boosting growth, Twilio's story is every bit as turbulent and delightful as Starr's. (Seriously, if you haven't sampled some of Ringo's solo work, you should. It's worth it.)

Of course, this is nothing but a thought exercise. The point in doing it is that, in my experience, exceptional investment returns are never, ever found in the financial statements. Studying history and the repeating patterns that reveal how outliers become outliers is far more useful. For both Twilio and Starr, pleasing customers with a unique style and offering has made them what they are -- and impossible to replace.

Whether you're talking business or entertainment, that's a good position to be in.