Shares of the RFID specialist dipped on a new front in the trade war with China.

Shares of Impinj (PI -2.87%) tumbled last month on fears of an expanding trade war with China after the Trump administration threatened to blacklist Huawei, the Chinese smartphone maker that it's accused of stealing technology on behalf of the Chinese government. Impinj, a maker of RFID chips and scanners that counts on China both as its biggest market and for its manufacturing needs, was seen as a potential victim in the crackdown as the Trump administration has threatened to restrict Chinese access to American technology.

As a result, the generally volatile stock finished May down 15%, according to data from S&P Global Market Intelligence, and as the chart below shows, the bulk of Impinj's losses came on May 17 as the Trump administration announced the new measures against Huawei. 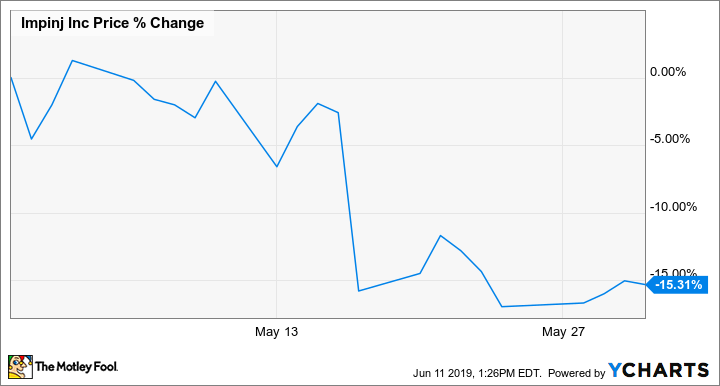 Impinj shares fell 13.5% on May 17 as Trump added Huawei to the Entity List, a subset of companies to which American companies can't sell technology without obtaining permission from the U.S. government. 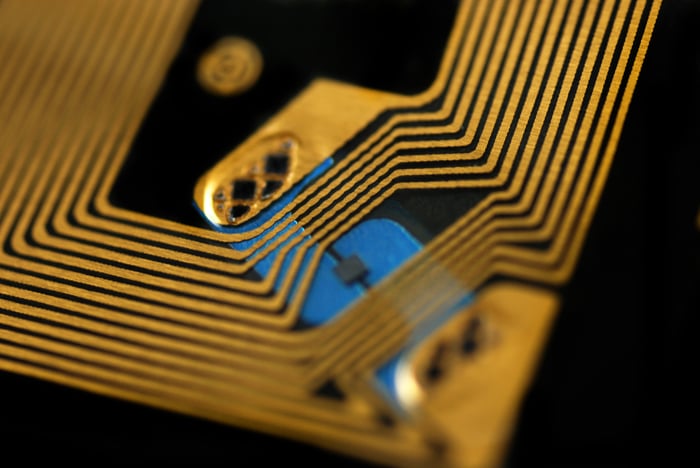 While Impinj doesn't appear to do business with Huawei directly, the news was seen as impacting chipmakers like it because it could prevent broader access to the Chinese market, and consequently prop up Chinese competitors to Impinj. Impinj gets slightly more than half of its revenue from China, or $64.3 million out of a total of $122.6 million in sales last year, meaning China is by far its most important market.  The company also has offices in that country, does some of its manufacturing there, and lists tariffs on China among its risk factors.

Trump backed off on the Huawei crackdown a few days later, implementing a 90-day suspension on the new policy, which gives the two sides time to negotiate. However, Impinj shares only recovered modestly and briefly on the delay. The response shows that in addition to the company's other challenges as it bounces back from a difficult 2018, investors need to keep an eye on trade tensions with China, especially regarding the conflict with Huawei and the broader semiconductor industry.