GW Pharmaceuticals (NASDAQ:GWPH) ranks as one of the best-performing biotech stocks of 2019 so far. Its share price has soared more than 80% thanks to a tremendously successful U.S. launch for cannabidiol (CBD) drug Epidiolex in treating Dravet syndrome and Lennox-Gastaut syndrome (LGS).

What's next for GW? Vice president for investor relations Stephen Schultz fielded questions on Tuesday at the 2019 Goldman Sachs Global Healthcare Conference. Here are five things Schultz talked about that you'll want to watch with GW Pharmaceuticals in the coming months. 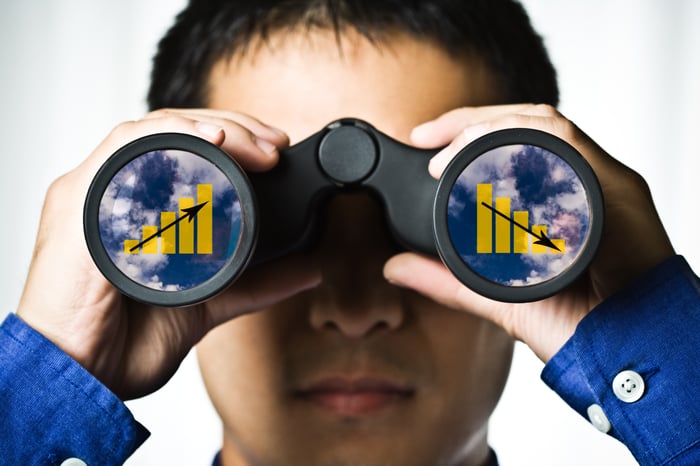 The biggest upcoming event that could be a catalyst for GW Pharmaceuticals is the potential for European approval for Epidiolex in treating Dravet syndrome and LGS. Schultz said that the company expects a recommendation soon from Europe's Committee for Medicinal Products for Human Use (CHMP).

GW fully expects CHMP to hand down a positive recommendation for Epidiolex. That should lead to the European Medicines Agency (EMA) approving Epidiolex soon afterward. Schultz stated that GW plans to launch Epidiolex initially in France and Germany. The company is currently in negotiations with the U.K. It also intends to begin marketing Epidiolex in Italy and Spain relatively quickly as well, assuming the drug wins European approval.

GW Pharmaceuticals reported first-quarter net product sales for Epidiolex of $33.5 million. This was a lot higher than the $16.6 million expected by analysts. Schultz said that there has been significant demand for the CBD drug and that he doesn't think this "dynamic is waning." Investors will definitely want to watch the biotech's Q2 results in a couple of months to see if the U.S. momentum for Epidiolex continues.

Don't expect as big an upside surprise as we saw in Q1, though. Schultz noted that there was a big "bolus" at the start of the year due to pent-up demand. He projected that it's likely that Epidiolex will "settle into an organic prescription number that's a little more normal" than what the company reported in Q1.

3. Progress on additional indications for Epidiolex

There are a couple of key things to watch with GW's efforts to win additional indications for Epidiolex. Schultz said that the biotech plans in Q4 to submit for U.S. approval to expand the label of the drug to include the treatment of seizures associated with tuberous sclerosis complex (TSC). Food and Drug Administration approval could be on the way by mid-2020.

In addition, he talked about the initiation of a phase 3 clinical study evaluating Epidiolex in treating Rett syndrome. This is a disease that mainly affects young girls and causes seizures as well as other effects such as the loss of coordination and speech. Schultz said that the potential for Epidiolex to address areas beyond seizure management presents a significant opportunity for GW.

4. Next steps for Sativex

Schultz referred to cannabinoid drug Sativex as an "underappreciated program." Sativex is currently approved in more than 25 countries for treating spasticity associated with multiple sclerosis (MS). But the U.S. isn't one of those countries.

GW plans to conduct a phase 3 study of Sativex in the MS spasticity indication in hopes of winning U.S. approval. Schultz noted that the company thinks there are other indications that the drug could be effective in treating as well.

GW Pharmaceuticals was one of several cannabinoid-focused biotechs to present at a recent public hearing conducted by the FDA related to potential regulations for CBD. Schultz said that "the FDA is clearly being pressured to figure out driving lanes for different applications of CBD." He added that the environment for CBD currently in the U.S. is like the "Wild West."

It's important for GW that one of those driving lanes mentioned by Schultz ensures that CBD products that make medical claims go through the FDA approval process and include statistically significant clinical findings. He thinks that the FDA is aligned with the company's philosophy on this front.

There's also one topic that was brought up that Stephen Schultz didn't want to discuss: the potential for Epidiolex to be prescribed for off-label use. He stressed that GW only promotes the drug for its approved uses. But the reality is that off-label prescriptions could make a big difference in how well the stock performs in the future.

Thanks to its huge gains so far this year, GW's market cap now stands at nearly $5.5 billion. Anything that increases Epidiolex's sales -- and off-label prescribing could provide a big boost -- helps justify the company's valuation and gives investors a reason to keep buying this highflier biotech stock.