Will the retailer’s streak of double-digit comps growth and expanding margins continue?

Times are tough for many apparel retailers, but Lululemon (LULU 0.41%) has been bucking the slowdown as shoppers scoop up its high-end athletic apparel. As a result, Lululemon's stock has surged nearly 50% over the past 12 months, and the retailer is churning out a consistent streak of double-digit comps growth with expanding gross margins.

The company's recent first-quarter report is the latest example, featuring 14% comps growth (16% on a constant currency basis) and expanding gross and operating margins. Its total revenue rose 20% annually to $782 million, beating estimates by $26 million. Its earnings rose 35% to $0.74 per share, topping expectations by four cents. 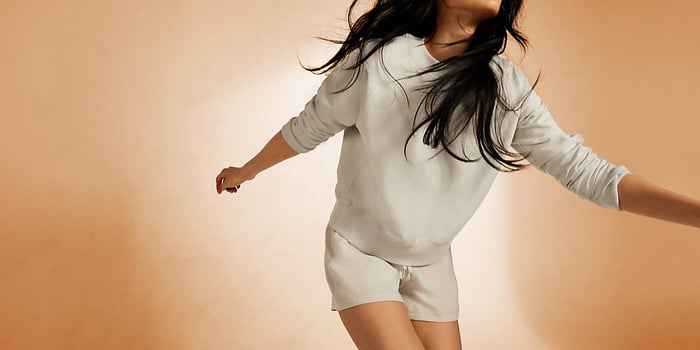 Those are solid growth rates for a retailer during a "retail apocalypse" which has lead to thousands of U.S. store closures in the first half of the year.

However, bears argue that Lululemon's stock is overheated and that hidden headwinds could end its massive rally.

What the bulls say

Lululemon's top-line growth during the first quarter was impressive for two reasons. First, it reported 14% comps growth on top of its 20% comps growth a year earlier.

Lululemon generates most of its growth from women's apparel, but sales of men's apparel also soared 33% during the quarter, and it wants to double both its men's and online revenues by 2023. It also plans to launch footwear in the near future.

Second, most of Lululemon's growth came from its direct-to-consumer channels (like its website and mobile app) instead of its brick-and-mortar stores. On their own, Lululemon's stores grew their comps by just 6% (8% on a constant currency basis).

A direct-to-consumer business can be a double-edged sword -- it cuts costs by reducing a retailer's dependence on brick-and-mortar stores, but also weighs down its margins with higher delivery expenses. Yet Lululemon's gross margin expanded 80 basis points annually to 53.9% during the first quarter, and its operating margin expanded 40 basis points to 16.5%.

Lululemon attributed its margin expansion to lower product costs and lower markdowns, which are offsetting higher logistics expenses for its direct-to-consumer sales. It also only anticipates a "modest" impact from tariffs since just 6% of its finished goods are imported from China.

Meanwhile, its sales growth in China is accelerating thanks to new store openings and digital partnerships with Alibaba's Tmall and Tencent's WeChat. That growth lifted its Asia-Pacific revenue by 40%, which complemented its impressive 18% sales growth in North America (a notoriously tough market for retailers).

What the bears say

The bears argue that Lululemon's growth is decelerating and that its stock is pricey at nearly 40 times this year's earnings. For comparison, Nike (NKE) trades at just over 30 times this year's earnings. However, I'd argue that Lululemon deserves to trade at a premium since it generates stronger growth, and that Nike -- which is expected to report just 6% earnings growth this year -- might be the overvalued one.

The bears will also claim that competition is heating up in the yoga and athletic apparel market as Gap's Athleta, American Eagle Outfitters Aerie, and other rivals try to emulate Lululemon's success. Investors should keep an eye on those competitors, but Lululemon is also adding services like free yoga classes and community events to promote brand loyalty and to hold those competitors at bay.

Lastly, the bears believe that the trade war and slowdown in the Chinese economy will throttle Lululemon's expansion plans. But Lululemon is considered a premium brand, and many high-end brands are still holding up well in mainland China.

My verdict: The bulls win

Lululemon isn't flawless, but its strengths outweigh its weaknesses. If you're looking for an apparel retailer with double-digit sales growth, expanding margins, and clear long-term expansion plans, Lululemon checks all the boxes for a rock-solid investment.