Mall owner Simon Property Group is building an online shopping platform. Is this a misguided move against Amazon, or is there something else afoot?

Simon Property Group (SPG 0.91%) is one of the largest mall owners in North America. It's operating in a tough space, with a frightening number of well-known retailers shutting their doors -- and leaving vacancies at Simon's properties. While the term "retail apocalypse" might be a bit hyperbolic, the transition taking shape today in the retail sector is definitely driven by online shopping trends. That helps explain why Simon just announced plans to launch an online shopping platform. But is this mall owner late to the party and out of its comfort zone, or is there something else going on?

Let's get this party started

Amazon, the 800-pound gorilla of online shopping, went public in 1997. Since then, it has evolved from a bookseller (nearly destroying physical bookstores) to the go-to place for just about anything you can think of buying. By some estimates, this one company accounts for a third of online sales, with dominant market positions in books, toys, and baby products, among others. 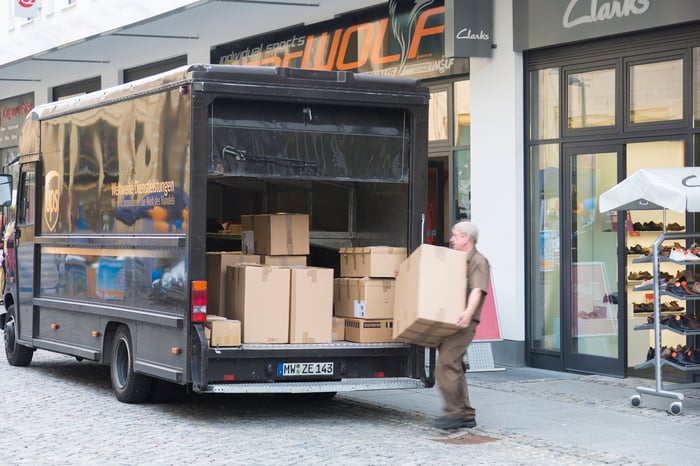 Anyone looking to venture onto the internet with a retail concept has to be thinking about Amazon. How do you compete effectively with a company that has, almost single-handedly, transformed the way people shop online and off? And yet, with more people choosing to shop online, any company operating a store in the physical world needs to think about Amazon, too. While a large number of retailers have failed to adjust, some, including Walmart, have managed to change with the times. But that adaptation has been slow and steady, it's been spread over a number of years, and it often comes at a high cost.

Which is why it seems odd that real estate investment trust (REIT) Simon Property would even consider dipping a toe into the online retail space. Not only is running a retail operation a little outside its normal scope of business, but the mall operator is so far behind the internet leaders that it can't possibly hope to catch up.

A method to the madness?

Simon owns enclosed malls and discount malls. It's focusing its new Shop Premium Outlets online store at the discount space. Off-price is one of the few areas of the physical retail sector that's doing well today, with discount retailers like TJX actually opening new stores as struggling competitors close up shop. So you could easily argue that Simon is hitting the right space with this new sales approach. But what's really going on here?

First and foremost, Simon isn't exactly opening up a web store of its own. Instead, it's partnering with other companies, essentially its tenants, and will take a cut of sales. Retailers will, effectively, take care of the hard stuff, like curating products and fulfilling orders. In other words, Simon is aiming to facilitate more connections between shoppers and retailers. That fits squarely in its business model, since it's essentially what a mall is in the big picture.

Shop Premium Outlets will first be tested with Simon's loyalty program members. There are roughly 4 million people in this program, and it's already a given that they like to buy products at a discount. But the end goal is to open the new online store up to the world by the end of 2019. This will not only allow Simon a way to connect with more shoppers, showcasing the brands that are in its discount malls, but it also provides its tenants another sales channel. The costs for retailers, meanwhile, will likely be incremental, since they already have online businesses.

Simon isn't likely to turn Shop Premium Outlets into a huge moneymaker for anyone, given that it's decades behind the times with this effort. But the more powerful goal may be the connection it fosters with consumers. Even a break-even business that helps drive brand awareness (for Simon and its tenants) would be a net win. Add in the data on buying habits that Simon will generate and the positives get even more compelling. That information could help Simon figure out which partners it should get into more malls and allow it to more quickly identify which ones are struggling. That's a core function of properly managing a mall, and real-time information from a website could give Simon an edge in dealing with troubled retailers and keeping its occupancy levels high.

Not going to move the needle

Simon's online effort is unlikely to be a game changer for the REIT, its tenants, or the retail sector in general. The company is way too far behind the leaders to do that. But that doesn't mean it's a bad move. If it helps Simon build loyalty with its current consumer base, expand its reach with new consumers, and support its retail partners (and perhaps even attract new ones), then Simon could have a major win. But it could achieve all of that and still not make a dime of profit.

In the end, investors should view this experiment positively because it shows that Simon is clearly willing to try new things in a fast-changing retail landscape. The move is far from crazy, and Simon may be on to something worthwhile.

3 Top Stocks to Jump-Start Your Passive Income in 2023

Down 26% and 36%, These Dividend Stocks Could Be Picking Up Steam