Theme-park enthusiasts arguing over which new rides opened to the longest lines finally have their "hold by butterbeer" moment. Hagrid's Magical Creatures Motorbike Adventure officially opened at Comcast's (CMCSA 0.07%) Universal Orlando on Thursday morning and is now the conversation ender as wait times ballooned to as high as 600 minutes shortly after its debut.

Things seems as if they would only get worse after a brief rain delay. Unlike many of the other recent e-ticket debutantes at Disney (DIS 3.51%) and Universal Orlando with initial multihour waits, Universal Orlando's new roller coaster is largely outside. Given Central Florida's penchant for rainy summer days and afternoon thunderstorms, there's going to be a fair amount of downtime before even factoring in any potential mechanical breakdowns. This will be an issue to monitor as the tourist season plays out, but on Thursday, the queues began to settle down after the initial morning rush. The wait was shaved in half -- to a still ridiculous five hours -- by 2 p.m. 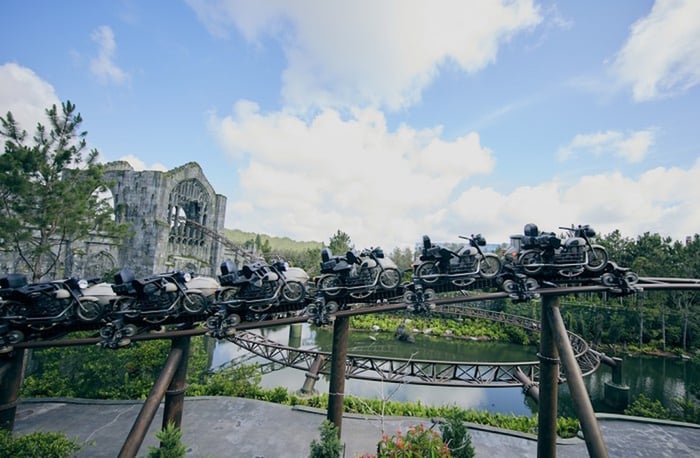 The early reviews have been overwhelmingly positive for this week's new ride, but the same can't be said for Universal Orlando's last couple of additions. Comcast needed a hit -- especially with Disney set to add several major attractions over the next three years -- and if the weather and mechanical issues stay clear, it finally has its first legit tourist magnet since 2014.

Theme parks aren't as important to Comcast as the business is to Disney, accounting for just 16% of its NBCUniversal revenue and a mere 6% of total revenue in 2018. However, it's clearly a priority for Comcast. Universal Orlando is opening its seventh on-site resort hotel this summer and it's acquired a massive tract of nearby land that will inevitably become more theme parks and hotels.

Universal Orlando has exploded in popularity over the past decade, more than doubling in attendance since the debut of The Wizarding World of Harry Potter expansion in 2010. It will be Disney's turn to step on the accelerator when Star Wars: Galaxy's Edge opens in late August, but that still leaves the lion's share of the telltale summer season for Comcast to close the attendance gap on Disney. Armed with a new and unique attraction with several themed elements, Universal Orlando is taking its turn to ride. Comcast better hope that the clouds comply.