A host of factors pulled some stocks down.

The stock market didn't see a whole lot of movement on Thursday, but most major benchmarks managed to rise modestly. Ordinarily, news of a possible conflict stemming from tanker explosions in the Gulf of Oman would prompt fears that would send stocks down, but a big jump in the price of crude oil seemed to give more forward momentum to the market's recent gains. Even with the push, though, shares of some companies weren't able move higher. HEXO (HEXO 6.71%), Savara (SVRA 2.97%), and Cooper-Standard Holdings (CPS 3.16%) were among the worst performers. Here's why they did so poorly.

HEXO can't cash in on cannabis

Shares of HEXO dropped 9% after the Canadian cannabis company reported its fiscal third-quarter financial results. Overall sales for HEXO soared more than tenfold from year-ago levels, but the roughly 13 million Canadian dollars that it brought in during the period was actually less than the CA$13.4 million it posted in its fiscal second quarter. Investors didn't like that HEXO failed to see sequential growth in sales, and with limited production capacity in place, the cannabis company will have to work harder in order to take full advantage of the opportunity from adult-use marijuana products. 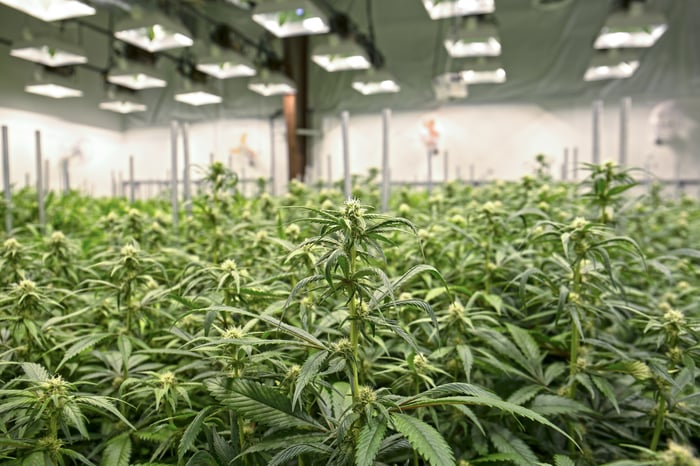 Pharmaceutical company Savara saw its stock plunge 75% following its release of results from a phase 3 study of a key candidate treatment. Savara said that its Molgradex inhaled treatment for autoimmune alveolar pulmonary proteinosis failed to meet the primary endpoint of the study, with improvement in alveolar-arterial oxygen gradients not being sufficient to reach statistical significance. The study also failed to show statistically significant gains in two key secondary endpoints related to distance walked over six minutes and whole lung lavage. Savara seemed to hold out hope that Molgradex could have meaningful therapeutic effects, but investors want a clearer idea of the path forward before they'll be willing to have faith in the stock again.

Cooper-Standard gets a downgrade

Finally, shares of Cooper-Standard Holdings sank nearly 7%. The auto parts supplier got negative comments from analysts at Goldman Sachs, who downgraded the stock from neutral to sell. Goldman seems concerned that the business cycle in the auto sector looks bearish at the moment, and Cooper-Standard's product lines don't stand out enough from its industry peers to protect it from downward cyclical pressure. Today's decline took the stock to its lowest level in seven years, and investors want to see Cooper-Standard find ways to avoid an industry slowdown, but in light of past results, they don't seem confident that it will.