Please ensure Javascript is enabled for purposes of website accessibility
Log In Help Join The Motley Fool
Free Article Join Over 1 Million Premium Members And Get More In-Depth Stock Guidance and Research
By John Ballard - Jun 14, 2019 at 8:00AM

The largest video game company in the world is not going to stay down long.

Chinese tech stocks were battered this past year over concerns about the economy and a crackdown by regulators on violent entertainment content, especially in video games. Tencent (TCEHY -1.06%) is the world's largest game company by revenue and was walloped when regulators halted new game approvals last year, which contributed to a slump in the company's performance.

But Tencent is poised to bounce back in a big way, thanks to its leadership position in the world's largest gaming market and to having its tentacles in so many different areas that can drive growth, including social media, video and music streaming, mobile payments, and much more.

With the stock price down 18% over the past year, this could be a timely opportunity to jump on board, particularly with the gaming industry in China expected to increase more than threefold to $200 billion by 2030, according to UBS. 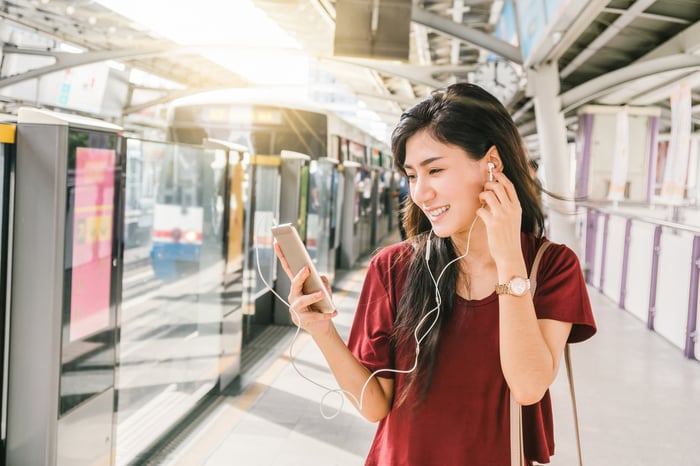 So many ways to make money

The regulatory environment in China is the main risk here, but it's not a risk that would keep me from buying the stock. The cash cow for Tencent is online games, totaling a third of the company's revenue. Revenue from online games decreased 1% year over year last quarter, as the halt to new game approvals meant there were fewer new releases to drive growth.

However, a few catalysts should boost Tencent's gaming revenue in the second half of this year. For one, regulators are beginning to approve new games, and Tencent has new games coming out in the short term, most notably Perfect World Mobile. Investors are already sensing the recovery on the horizon, with the stock price up 12% year to date.

Meanwhile, Tencent's other segments are performing well. Tencent's cloud computing service is a distant second to the leader, Alibaba's AliCloud, but Tencent could catch up over the next few years as Tencent Cloud expands to other industries, such as retail.

Additionally, Tencent has a leading market position in social media, with 1.11 billion users across Weixin and WeChat. Mobile shopping is a way of life in China, and with WeChat, Tencent is in a great position to capture a significant slice of consumer spending through its social media apps. Revenue from mobile payments and cloud computing climbed 44% year over year in the first quarter, comprising a quarter of total revenue.

One of the more exciting aspects of Tencent's strategy is its ability to make investments in other companies to capture emerging growth opportunities in areas that complement the company's core businesses. Tencent has invested in more than 700 companies, ranging from leading game companies like Activision Blizzard to moonshot opportunities in connected cars, internet-facilitated healthcare, and quantum computing.

The investments in game companies help Tencent form partnerships with top game makers all over the world. In addition to Activision, the company holds stakes in Epic Games (of Fortnite fame), Ubisoft Entertainment, and Glu Mobile, to name a few. It then licenses their titles to sell over its WeGame distribution platform, providing Tencent a distribution advantage in the video game industry. Tencent is looking to expand WeGame outside China to lower its dependence on the strict regulatory environment.

On top of licensing third-party titles, Tencent also has an in-house development arm devoted to making games, and it has produced some of the most popular mobile games in China, including PUBG Mobile, Honor of Kings, and QQ Speed.

Tencent is a buy

The halt to new game approvals that started last year allows investors to buy one of the world's largest digital entertainment companies at a significant discount compared to where the stock was trading a few years ago. 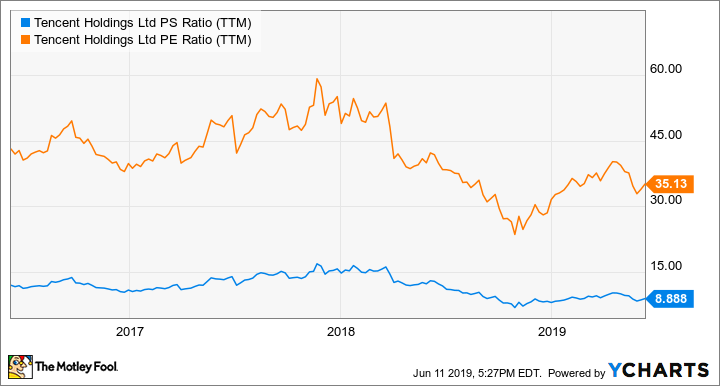 With Tencent investing in so many different areas, there's huge long-term upside with the stock, which makes it a compelling buy in my book.