The market for digital virtual assistants could grow from $2.3 billion in 2018 to $19.6 billion by 2025, according to Zion Market Research. The main tailwinds for that market include smartphones, connected smart-home devices, and connected cars. 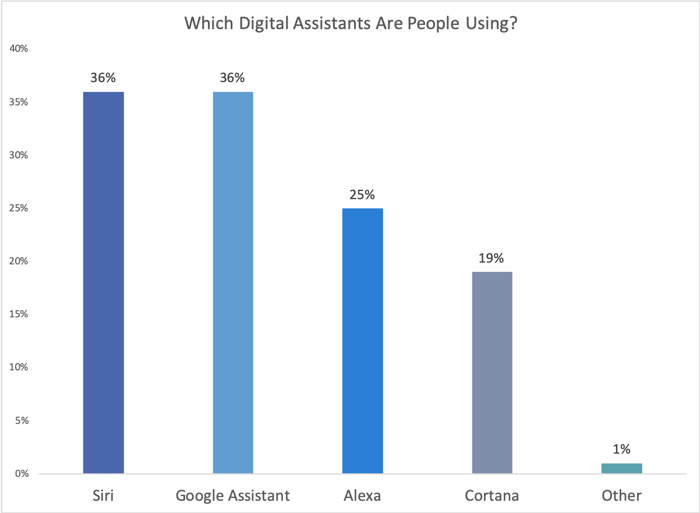 Apple's strong position is bolstered by the iPhone's near-40% share of the U.S. smartphone market. Google leverages the strength of Android, its search platform, and other cloud-based services to tether users to its Assistant.

Amazon brings Alexa into homes via its Echo devices, which capture over 60% of smart speaker users, according to eMarketer. Google controls about 30% of that market. Microsoft is an underdog, but the integration of Cortana into Windows 10 devices and third-party speakers helps it retain a foothold.

The growth of these assistants indicates that the ecosystem battles between these tech giants will shift from mobile apps toward voice-activated services, which could pave the way for artificial intelligence-powered assistants to seamlessly blend into our daily lives.