This outstanding business can help you build a retirement fortune.

High-quality stocks can help you maximize the value of your individual retirement account. That's because strong, cash-producing businesses with solid growth prospects can help you build vast wealth by the time you retire.

In this regard, one stock looks particularly compelling for IRA investors today. Read on to learn more about it. 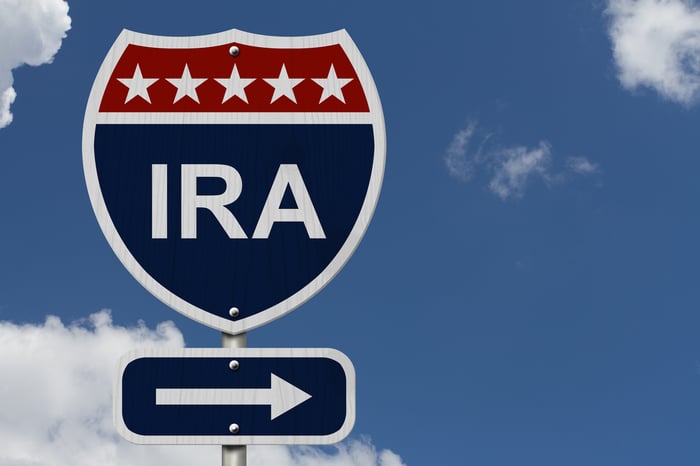 Disney (DIS -0.76%) has built an entertainment empire that is simply unparalleled. The venerable company owns some of the most valuable brands in the industry, and its timeless characters and storylines are beloved by more than a billion fans around the world.

In addition to its namesake brand, Disney also owns Pixar, Marvel, and Lucasfilm. In turn, it owns the rights to massively popular franchises such as Frozen, Toy Story, the Avengers, and Star Wars.

Disney also recently bolstered this already impressive collection of brands with its $71.3 billion acquisition of Twenty-First Century Fox's assets. The deal gives Disney the rights to Avatar, The Simpsons, X-Men, and a host of other popular properties.

Disney is able to monetize its brands via its vast collection of movie studios, TV networks, and theme parks. The company generated nearly $10 billion in free cash flow in 2018, more than half of which was returned to shareholders via stock buybacks and a quickly growing dividend, which currently yields 1.3%.

One area of Disney's business that has underperformed the others is its pay-TV division. ESPN and most of Disney's other TV properties are combatting declining subscriber trends brought about by cord-cutting. Disney has taken a measured approach to streaming in recent years so as to not upset its lucrative affiliate fees from cable providers. But that's about to change in a big way later this year.

Disney is gearing up to launch Disney+ in November. The new streaming service will offer subscribers access to a vast library of the company's films, TV shows, and new original programming, all for only $6.99 per month.

Management projects that Disney+ could reach approximately 75 million subscribers by 2024, with the streaming service achieving profitability that same year. Disney+ could also be bundled with Disney's other streaming options, including its sports-focused ESPN+ service and Hulu, which Disney acquired a controlling stake in after its acquisition of Fox's assets. The company expects ESPN+ and Hulu to reach roughly 10 million and 50 million subscribers, respectively, by 2024, up from about 2 million and 25 million today. That would place Disney's total subscriber count for its three core streaming services at 135 million in less than five years' time. A subscriber base of that size could generate more than $10 billion in recurring annual revenue for Disney, along with hefty profits.

Morgan Stanley's analysts believe that investors are underestimating just how profitable Disney+ could be. Thanks to its faster-than-expected global launch, deep content library, and strong third-party distribution support, the investment firm forecasts that Disney's streaming subscribers will total more than 130 million in five years. Morgan Stanley expects streaming to help Disney generate more than $11 in earnings per share by that time, up from $7.08 in EPS last year.

Moreover, should shares trade at a price-to-earnings multiple similar to their current forward P/E of 21.5, they would trade for roughly $240 by 2024 -- or about 70% higher than the price they trade for today. That's terrific upside potential for one of the highest-quality stocks in the market -- and it makes Disney an excellent stock to consider adding to your IRA today.