A big deal with a medical cannabis company provided a spark for Intrexon.

This is the second deal between Intrexon and Surterra. In March, the two companies announced an agreement by which Surterra will use Intrexon's Botticelli next-generation plant propagation technology to improve cannabis crop yield and quality. 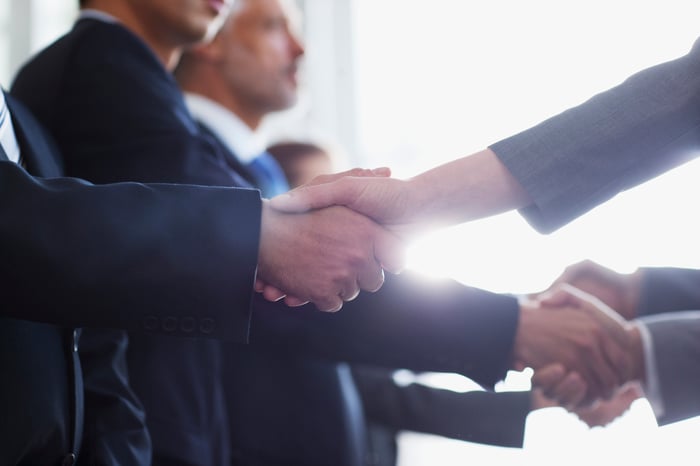 Thanks in part to its deals with Surterra, Intrexon has bounced back from a nosedive in March. The company reported dismal fourth-quarter results on the last day of February, which raised questions about its ability to remain a going concern.

While the latest agreement with Surterra has a big amount associated with it, don't look for Intrexon to see a lot of cash soon. Surterra will pay only $10 million upfront plus issue $15 million in its shares to Intrexon. Over the next five years, Intrexon expects to receive around $20 million in reimbursement for research and development expenses. The rest of the $100 million will come from development milestones and royalties as rare cannabinoids are commercialized.

Perhaps the most important thing to watch with Intrexon now is the company's efforts to finance its operations on an ongoing basis. Intrexon had cash, cash equivalents, and marketable securities of $181.6 million at the end of March, but the company is losing over $60 million each quarter.