And these Roots can grow deep.

Home-robotics specialist iRobot (IRBT -0.07%) knows all too well that, as its industry continues to grow, so too will demand for engineers who are willing and able to build the next generation of innovative products. To that end, on Thursday iRobot announced its acquisition of educational robot leader Root Robotics, known for its easy-to-use Root coding robot.

iRobot is no stranger to the acquisition scene. The company added its now-popular Braava line of floor-mopping robots -- previously known as Mint -- following its purchase of Evolution Robotics in late 2012. And less than two years ago, iRobot acquired its primary distributors in Europe and Japan, expanding its presence and giving it greater direct control of sales in both key geographies.

To be clear, this week's deal was relatively small; financial terms of the purchase weren't disclosed, and Root -- which retails for $199 -- isn't expected to substantially contribute to iRobot's top- or bottom-line results this year. Rather, iRobot is making a longer-term play to promote the field of robotics. 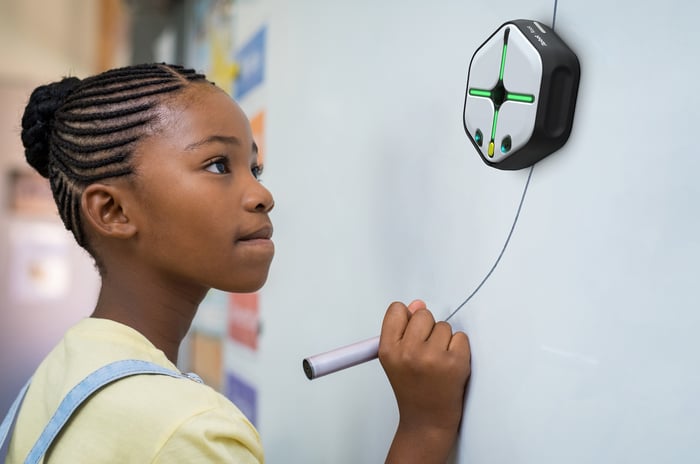 "The acquisition of Root Robotics allows iRobot to broaden the impact of its STEM [science, technology, engineering, and mathematics] efforts with a commercially available, educational robotic platform already being used by educators, students and parents," stated iRobot chairman and CEO Colin Angle. "Root also helps increase the reach of iRobot's educational robot line by offering a proven system for people of all ages, including students in elementary school."

For perspective, iRobot has long sold programmable versions of its popular Roomba robotic vacuums, called the Create and Create 2, to educators, students, and software developers. But as a former software developer (and longtime Roomba enthusiast) myself, I can safely confirm their interfaces were still advanced enough to intimidate anyone without a rudimentary understanding of programming principles.

The slick two-wheeled robot can also be paired with the Root mobile companion app, enabling young developers to tell Root to do everything from drawing artwork to playing music, scanning colors, and even climbing magnetic whiteboard walls. While simple, these functions aren't a far cry from the industry-leading navigation, object detection, and scanning capabilities employed by iRobot's latest vacuuming, floor sweeping, and lawn-mowing robots.

And as if selling more than 25 million robots around the world the better part of the past two decades weren't enough, bringing Root Robotics under its wing should only help further cement iRobot's status as both an educator and central enabler of robotics technology in the coming years. That's something I think iRobot shareholders should be more than happy to support.