Shareholders get an all-or-nothing $9 contingent value right (CVR) when the acquisition closes.

At this point, Celgene's shares are trading at a little under Bristol-Myers' share price plus $50, meaning the CVR is essentially a free kicker. Of course, if the CVR isn't worth that much, investors can just sell now and move on if they're not interested in becoming shareholders of Bristol-Myers.

Let's look at how to value the CVR.

Thanks (for nothing?), Bristol-Myers

CVRs allow shareholders of the selling company to share in future success, while the buyer gets some protection from the risk of future failure; they're often used in negotiations of biotech acquisition deals in order to arrive at a price both sides can agree to. 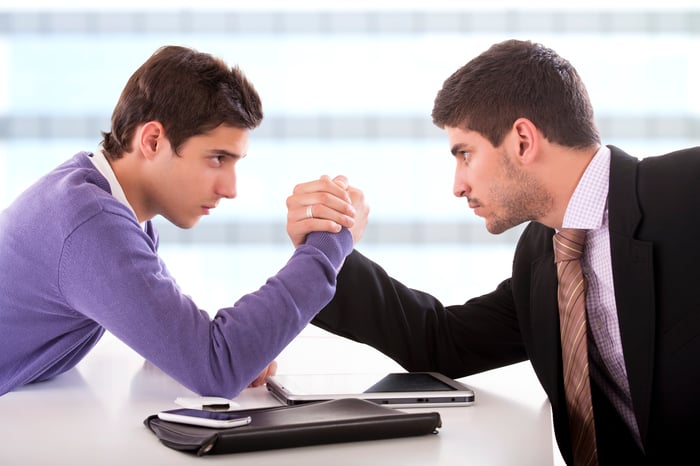 In Celgene's case, according to a document filed with the Securities and Exchange Commission, Bristol-Myers Squibb offered one share and $57, but pulled back the offer.

The companies eventually settled for one share and $50 plus the CVR that will pay $9 if the following three drugs are approved by the Food and Drug Administration:

Unlike many CVRs, where the individual components have different values tied to each event, Celgene's CVR is an all-or-nothing contract. Either all three drugs are approved by their respective deadlines and each CVR pays $9 or the CVR is worthless.

Remember all those probability questions about different colored marbles in a bag in middle-school math? This is where it finally pays off.

If you were opting to accept the CVR today, you would want to determine the risk-adjusted fair value of that $9. To do that, you need to determine the likelihood of each drug's approval and apply those three percentages to the $9.

But first, since the CVR won't be paid out until after the last drug is approved, which could be almost two years from now, investors should also factor in a discount to allow for the time that's lost while the money could be invested elsewhere, using the formula in this article.

For example, if you'd expect an 11% annual return elsewhere for the same type of investment, assuming 2 years left, the $9 payment would be discounted to $7.30. Now we can proceed to the next step in determining the fair value of this CVR: adjusting for the likelihood of each drug's approval. 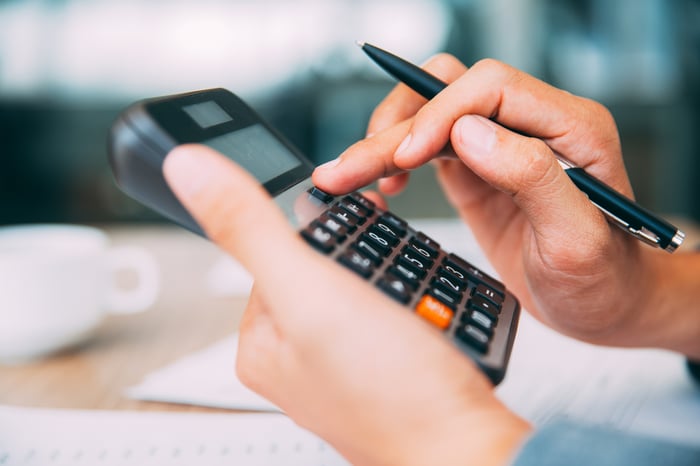 The likelihood for the approvals

Deciding what percentage to assign for the likelihood of approval for each drug is substantially harder.

First, there's ozanimod. With positive phase 3 data in hand, ozanimod seems to be the most likely to be approved. But Celgene's investors will recall the FDA refused to accept the marketing application for this drug, because the agency said Celgene hadn't fully characterized how a metabolite (a breakdown product of the drug) might affect patients. Celgene ran experiments that it believes will convince the FDA that the metabolite isn't an issue, but that history adds uncertainty even though the efficacy data looks good enough for an approval.

The FDA accepting the marketing application for review is a good step, but it's possible that the metabolite is characterized enough for the agency to accept the application, but once reviewed, the FDA decides that it still wants more data to be convinced the byproduct isn't a problem.

Call it a 75% chance of approval for ozanimod.

Next, there's liso-cel. The data for this drug is compelling, with 46% of patients maintaining a complete response at six months according to data released last June. Celgene delayed submitting the data so it could have nine-month data for all patients, but the company said that was for commercial reasons, as a longer follow-up would help it compete with other chimeric antigen receptor T-cell (CAR-T) therapies: Gilead Sciences' Yescarta and Novartis' Kymriah.

Manufacturing is a risk for all FDA approvals, but it's inflated for liso-cel, which requires taking patients' immune cells, manipulating them, and then putting them back into the patients. It appears Celgene has any manufacturing kinks worked out, with 99% of patients who had their cells removed being able to be treated. But manufacturing remains a black box to investors, and there's no telling what minor issues the FDA might find that lead to a delay in an approval.

Call it a conservative 70% chance of approval for liso-cel.

And last is ide-cel, another CAR-T drug, which is partnered with bluebird bio (BLUE 0.15%). Ide-cel is further behind, but there's reason to believe the drug is likely to succeed in the KarMMa trial. In a phase 1 study of 33 patients who had failed other treatments, ide-cel produced an 85% objective response rate, with 45% of patients having a complete response and 27% of patients achieving a very good partial response.

Considering these are late-stage patients, if the pivotal KarMMa study produces data anywhere close to the phase 1 response rates, an approval is likely. Like liso-cel, investors should take into account the aforementioned caveat about manufacturing.

Call it a 60% chance of approval for ide-cel.

Applying my estimations to the discounted rate of $7.30, the CVR's value can be calculated as follows:

Brian Orelli has no position in any of the stocks mentioned. The Motley Fool owns shares of and recommends Bluebird Bio, Celgene, and Gilead Sciences. The Motley Fool has a disclosure policy.