Please ensure Javascript is enabled for purposes of website accessibility
Log In Help Join The Motley Fool
Free Article Join Over 1 Million Premium Members And Get More In-Depth Stock Guidance and Research
By Daniel Miller, Jeremy Bowman, and Brian Feroldi - Jun 21, 2019 at 6:30AM

Whether you're new to investing or just looking to adjust your holdings, here are three core companies you can use to start a winning collection.

Building a winning portfolio of stocks is no simple task. That's why having a solid core group of businesses, preferably with a history of returning value to shareholders, is a smart move. If you're looking for some intriguing ideas to build your portfolio around, three Motley Fool contributors suggest taking a look at Starbucks (SBUX 2.03%), Walt Disney (DIS -0.70%), and Mastercard (MA 1.19%).

Jeremy Bowman (Starbucks): Building a global restaurant empire isn't easy. The industry is highly competitive and often localized, but Starbucks has found the magic touch in the coffee sector. The java giant has built an unmatched brand, starting with former longtime CEO Howard Schultz's foundational vision to bring the Italian coffee experience to the U.S.

From there, Starbucks has expanded around the world thanks to its ability to stay ahead of trends -- not just in products, with popular items like the pumpkin spice latte, but also in tech, as the company was one of the first restaurant chains to adopt digital payments and mobile ordering. 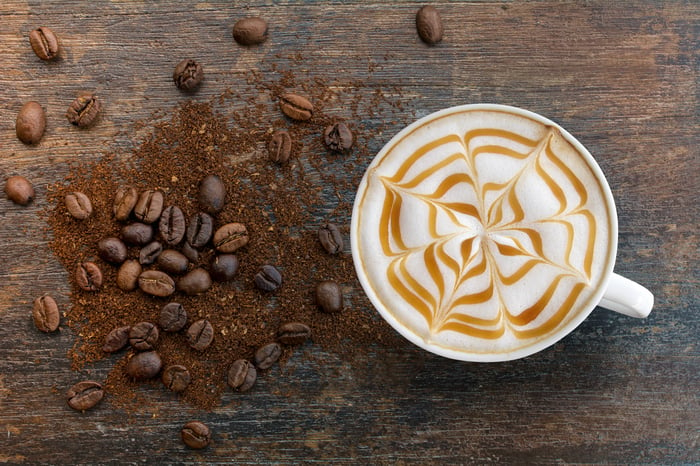 Those efforts have helped Starbucks establish an enviable loyalty program, with 16.8 million members in the U.S. as of its most recent quarter, up 13% from the year before.

Mobile order and pickup enabled by its app, as well as delivery, should allow the company to expand its business, add new stores as warranted, and extract more revenue from existing stores.

In China, where the company is adding 500 stores a year, it also has a tremendous opportunity for growth. Though it faces a new challenge from LuckinCoffee (LKNC.Y 0.24%), a Chinese start-up, even Luckin argues that much of its opportunity rests on the premise that the Chinese demand for coffee, which on a per-capita basis is only a fraction of what it is in the U.S., will exponentially grow as more Chinese enter the middle class and move to cities. If that happens, Starbucks will certainly be a big winner as well.

The coffee giant also offers a 1.9% dividend yield, and it should raise that payout once again in the coming weeks, possibly by 20%, as it's done in recent years. With a commitment to returning capital to shareholders and ample growth opportunities, Starbucks offers the rare combination of growth and income that makes it a great long-term stock for almost any portfolio.

Daniel Miller (Walt Disney): When identifying what companies will make the core of your portfolio, you'll want businesses that check multiple boxes. Disney will check just about every box an investor could want: a powerful brand, a long list of original content and popular movie franchises, legendary theme parks, and a history of returning value to shareholders via dividends, among many other virtues. 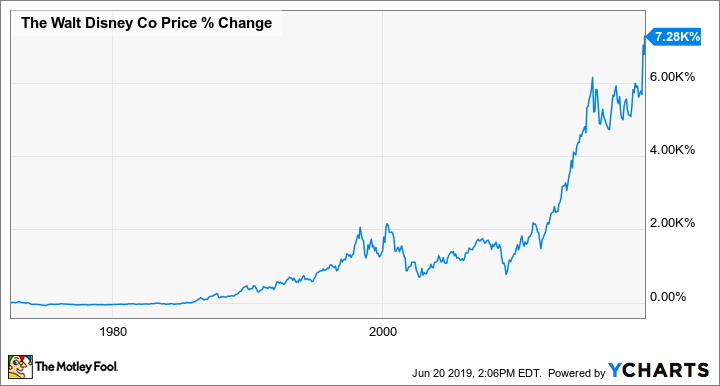 And while Disney continues to trade around all-time highs, don't let that scare you off; the company is well positioned to thrive in the decades ahead. It already boasts Marvel and Lucasfilm movies that include Avengers and Star Wars films. And now with its acquisition of Twenty-First Century Fox, it adds thousands of hours of television to its name. Disney's movies, media networks, and television content let it tackle growth opportunities with streaming services, including Disney+ later this year. Management's goal is to rope in as many as 90 million subscribers by the end of fiscal 2024, which would be quite impressive.

But wait, there's more: One factor many investors miss is Disney's global opportunity. Take India, an emerging market where household income is increasing and opening the door for roughly 1 billion video screens by 2023, according to Disney. That sheer number of screens is a massive opportunity, one of many outside the United States that could fuel top-line growth. Ultimately, Disney checks just about every box an investor could want -- a perfect stock to build your portfolio around.

Brian Feroldi (Mastercard): I'm a big believer that the whole world will eventually go cashless. I rarely use cash in my own life and firmly believe that billions of others will move in the same direction in time.

What's the best way for investors to benefit from this trend? My favorite answer is to become a shareholder of Mastercard.

It owns and operates one of the largest payment networks in the world. The company doesn't actually make loans to consumers or businesses. Instead, it acts as a key middleman to facilitate transactions between banks, merchants, and consumers. The company earns a small fee for ensuring that each transaction happens quickly and securely.

With trillions of dollars flowing through its network annually -- yes, trillions -- those small fees translate into billions of dollars in high-margin revenue. When adding in the magic of operating leverage and consistent stock buybacks, Mastercard's earnings per share have consistently grown at a much faster rate than revenue. 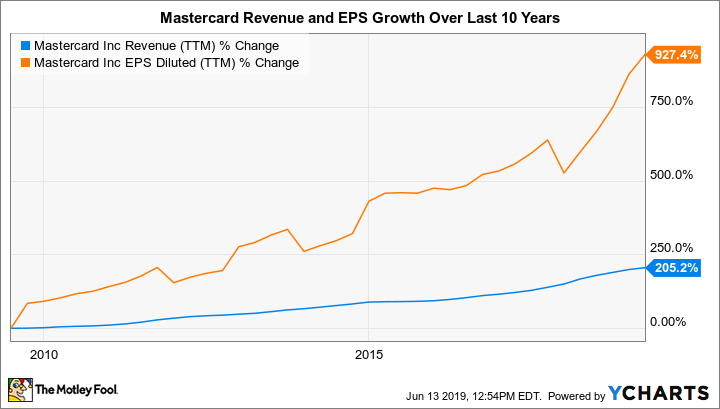 I see no reason this trend can't continue. Wall Street appears to agree. The current consensus estimate is that Mastercard's earnings will grow in excess of 18% annually over the next five years. That's extremely impressive for such a mature business, which is why this is a great growth stock to build your portfolio around.