The footwear company marched higher after some comforting words from Wall Street.

Shares of Crocs (CROX -2.74%) strolled as much as 10.3% higher on Friday before settling to close up 8.3% after Baird analyst Jonathan Komp upgraded shares of the casual footwear specialist.

More specifically, Komp raised his rating on Crocs to outperform from neutral, and maintained his $29-per-share price target. 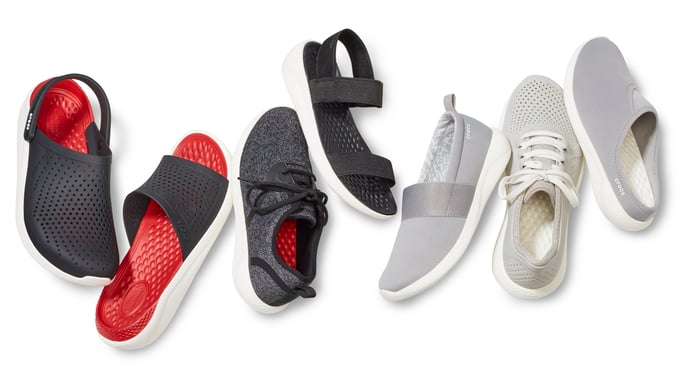 It helps that Crocs stock has plunged more than 30% since early May to $19.40 per share as of this writing. But to further justify his relative bullishness, Komp argued the sell-off is "overdone" considering Crocs appears to be enjoying reasonably solid brand and revenue momentum.

To be sure, the decline appeared to be largely driven by the threat of tariffs impacting the broader apparel and footwear markets. Those concerns effectively overshadowed Crocs' own better-than-expected first-quarter 2019 results, after which CEO Andrew Rees insisted the company was "off to a great start" in 2019, with strong product demand and its fifth straight quarter of double-digit direct-to-consumer comparable sales growth. Crocs also raised its share-repurchase authorization by $500 million at the time, Rees added, "as a reflection of [their] optimism."

I'd be surprised, then, if Crocs hasn't exhausted at least some of that big repurchase plan by the time it releases second-quarter results in early August. If Komp is correct in predicting the company will be able to maintain its momentum going into the second half, today's upgrade could be the start of a much longer upward trend.