Analysts piled on a day after the company lowered its full-year outlook.

Shares of Carnival (CCL 12.44%) (CUK 12.56%) on Friday were sinking for the second straight day, trading down about 5% at midday after losing almost 10% on Thursday. The initial downward pressure was due to the cruise operator cutting its full-year outlook due to "macroeconomic headwinds." Friday's decline follows a negative reaction by analysts to that lowered outlook.

On Thursday morning, Carnival actually produced quarterly results that topped analyst expectations, thanks to expanded capacity and improved onboard selling.

But the markets were more focused on Carnival's outlook for future quarters. The cruise ship company lowered expectations for full-year adjusted earnings per share, saying economic weakness, in particular in Europe and Asia, and the U.S. government's more restrictive policy toward traveling to Cuba would depress results. 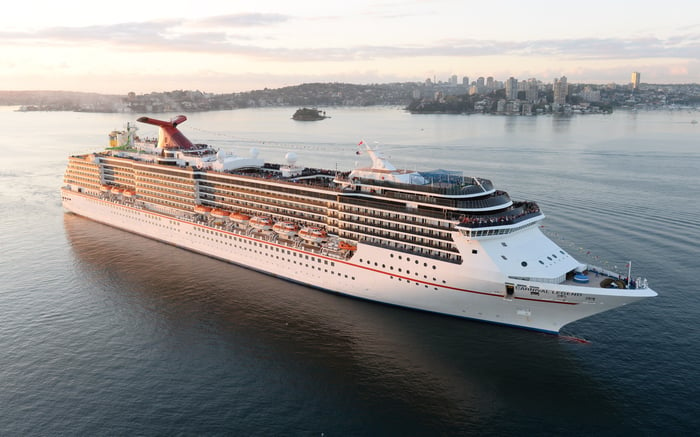 Barclays analyst Felicia Hendrix followed by cutting Carnival to equal weight from overweight and dropping her price target to $55 from $69, predicting Carnival's challenges in Europe would continue into next year. And SunTrust analyst C. Patrick Scholes, while keeping a buy rating on the shares, lowered his price target to $65 from $67.

Carnival had previously warned that sales momentum was fading but had hoped capacity growth would offset any weakness in pricing. That optimism now appears to be fading.

It wasn't all bad news from analysts, however. Stifel analyst Steven Wieczynski said that while the results cause him to favor rivals like Norwegian in the near term, he still sees value in the shares over time. He cut his price target on Carnival to $57 from $65 but said Carnival's current multiple "is compelling enough" for him to keep a buy rating on the stock.

Carnival is plowing through rough waters right now. But there is at least hope for smoother sailing in the future.