Oil behemoth Chevron (NYSE:CVX) and refining giant Phillips 66 (NYSE:PSX) have been working together in the petrochemicals industry for nearly two decades through their 50-50 joint venture CPChem. They've built one of the world's largest petrochemical manufacturing companies, which operates 31 production facilities in five countries.

They've mainly grown that business organically by building new petrochemical complexes, including recently investing $6 billion to expand their capacity in the U.S. Gulf Coast. However, according to a report by Reuters, they've made an offer to buy Canadian plastics maker Nova Chemicals for $15 billion. That deal would increase the joint venture's scale and expand its footprint while making it a more meaningful growth driver for the two energy giants. 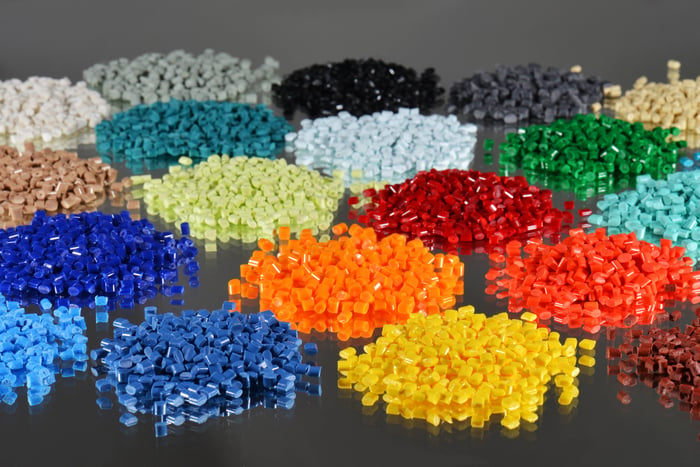 Drilling down into the reported deal

Nova Chemicals manufactures polyethylene resins (the most common plastic) and expandable styrenics (foam resins used to make things like cups and containers) from several facilities in the U.S. and Canada. The company is currently owned by Abu Dhabi's sovereign wealth fund, which bought it for a mere $500 million during the global financial crisis in 2009. The fund gave it the financial resources it needed to grow. That allowed the company to rapidly expand over the past decade as it took advantage of North America's abundance of low-cost oil and natural gas, which are key raw materials used to make plastics.

An acquisition of Nova Chemicals by CPChem would expand its footprint into Canada while also increasing its presence in the key U.S. Gulf Coast petrochemicals hub. Nova Chemicals currently operates several facilities along the Gulf Coast and recently signed a joint venture with two other petrochemical companies to build some new facilities in Texas. That will enable the company to take even greater advantage of all the cheap oil and gas flowing into the region.

Nova's U.S. Gulf Coast growth strategy lines up with CPChem's plan. The company recently started up three new petrochemical plants in that region as part of a $6 billion expansion program. Meanwhile, Chevron and Phillips 66 are currently considering building another new petrochemical plant in the area that would cost between $5 billion and $6 billion. 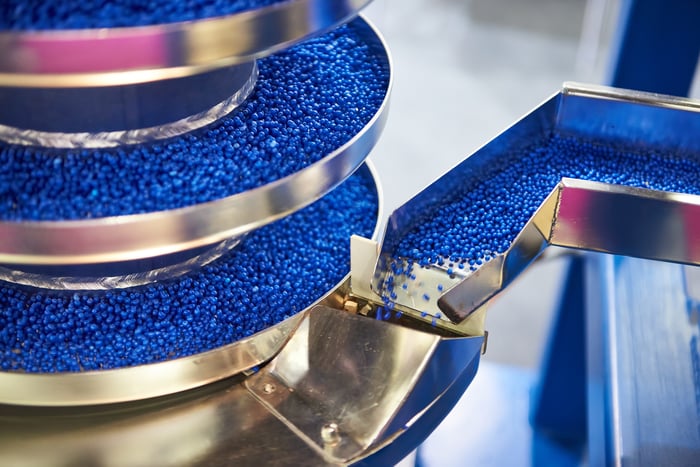 CPChem: A hidden gem for these energy behemoths

Chevron makes most of its money producing oil, and Phillips 66 is primarily an oil refiner. In the first quarter of 2019, for example, Chevron's upstream business contributed $3.1 billion of earnings while its downstream operations, which include its refining business as well as its stake in CPChem, hauled in only $252 million in profit. The chemicals segment, meanwhile, was a larger contributor for Phillips 66 during that period -- supplying $227 million of its $319 million of adjusted earnings -- though that's solely due to the challenges facing the refining sector in the quarter. Because it's a minor contributor, most investors don't pay too much attention to this chemicals joint venture.

However, CPChem has been a very steady contributor for those companies over the years. It helps them offset some of the volatility in their primary operations since earnings from upstream oil production and refining can swing wildly due to the fluctuations in the prices of oil and gas. Because the chemicals business consumes oil and gas, it acts as a natural hedge against the swings in commodity prices.

Another benefit of the petrochemicals business is that it enables these energy companies to maximize their per-barrel profit. Chevron, for example, can take the oil and gas it pumps out of places like the Permian Basin and eventually turn that production into higher-value chemicals. Phillips 66, likewise, can take the naphtha it produces at its oil refineries, as well as the propane and ethane it makes at its natural gas liquids processing complexes, and turn them into the building blocks of plastics.

The final benefit that CPChem brings to these two energy giants is its growth prospects. As mentioned, the company has been taking advantage of the increase in oil and gas production in North America to build new petrochemical complexes along the U.S. Gulf Coast, which increase both production and profitability. Meanwhile, if it were to acquire Nova, the company would increase its ability to expand since it can also grow in Canada and in the gas-rich Marcellus and Utica shale regions in the Northeast where Nova operates several facilities.

The combination makes a lot of sense

CPChem's interest in buying Nova Chemicals isn't surprising since it would fit well with its strategy to expand in North America. The proposed acquisition would significantly expand its scale while improving its growth prospects since Nova and some of its partners are currently building new capacity in Texas. However, even if CPChem doesn't make this deal, it won't significantly impact Chevron and Phillips 66, because it's a smaller contributor to their earnings and they already have a needle-moving expansion in the works.