What are the most popular marijuana stocks on the market right now? It depends on how you measure popularity.

Probably the best way to evaluate the popularity of a stock is to look at its average daily trading volume. This number provides a great barometer of investor interest in a given stock. You might argue that some very unpopular stocks could have high average trading volumes as investors sell off the stock. While that might be true, remember that there's a buyer on the other end of every one of those transactions.

Based on average trading volume, the most popular marijuana stocks on the market right now are Aphria (NASDAQ:APHA), Aurora Cannabis (NASDAQ:ACB), Canopy Growth (NASDAQ:CGC), Cronos Group (NASDAQ:CRON), and HEXO (NASDAQ:HEXO) (TSX:HEXO). This list, by the way, is in alphabetical order and only includes the stocks of companies with a primary focus in the cannabis industry. You might be surprised at how these marijuana stocks rank in terms of their popularity based on average trading volumes, though. 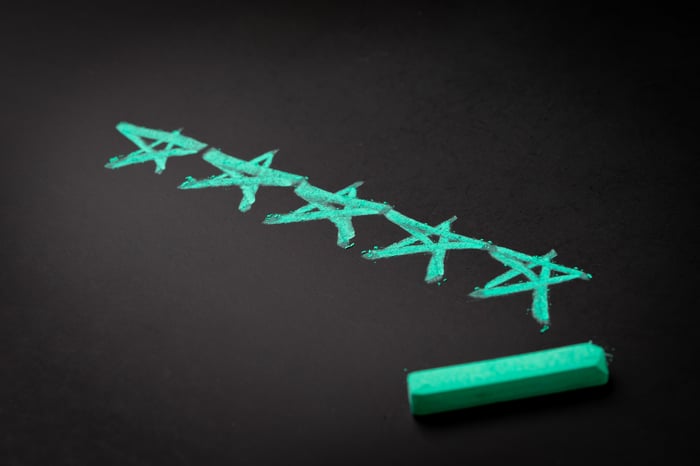 There are several reasons behind Aurora's popularity with investors. One is that analysts have jumped on the stock's bandwagon. Another is that Aurora claims the second-highest market share in Canada's adult-use recreational marijuana market and is the leader in international medical cannabis sales. In addition, Aurora's efforts to find a big partner from outside the cannabis industry have attracted investors who suspect the company will make one or more deals that send its stock even higher.

In contrast to Aurora, analysts have piled on with negative outlooks for Cronos. However, investors appear to be anticipating that the company will put the $1.8 billion it received from tobacco giant Altria (NYSE:MO) to use in ways that will fuel future growth.

Although Canopy Growth is the top marijuana stock in terms of market cap, it stands in third place in terms of popularity among investors. Canopy's average daily trading volume over the last three months is a little over 5 million shares.

Canopy has remained highly visible to the investor community with its aggressive expansion efforts. In January, the company announced plans to enter the U.S. hemp market by building a hemp production facility in New York state. Canopy made an even bigger splash in April with its proposed acquisition of U.S.-based cannabis operator Acreage Holdings (OTC:ACRGF).

HEXO claims the No. 4 spot on our list of the most popular marijuana stocks. Its average trading volume of nearly 4.7 million shares isn't too far behind Canopy Growth.

Like Aurora, HEXO has benefited from some positive analyst coverage. HEXO's 30% market share in Quebec's adult-use recreational marijuana market has also attracted the eyes of investors. In addition, the company's joint venture with Molson Coors Brewing (NYSE:TAP) to develop cannabis-infused beverages for the upcoming expanded market in Canada has some anticipating even stronger growth for HEXO in the near future.

It wasn't all that long ago that Aphria might have been viewed as one of the most unpopular marijuana stocks. Now, though, Aphria ranks fifth in popularity based on its average daily trading volume of 4.2 million shares.

My view is that many investors realize that Aphria perhaps has the most upside potential over the near term of any of the top Canadian marijuana stocks. Aphria trails only Aurora and Canopy Growth in terms of production capacity. It's in solid shape in Canadian and international markets. Most importantly, Aphria's valuation looks attractive relative to its production capacity.

In high school, being voted most popular was just one of the honors that students could receive. Another one was "most likely to succeed." This second distinction is what investors should focus on more than popularity when it comes to buying stocks.

Which of these popular marijuana stocks is the most likely to succeed? My view is that it comes down to which company scores best overall on the three Cs -- capacity, cash, and connections. Capacity and cash are self-explanatory. By connections, I'm referring to key partnerships with major companies.

Using these three Cs, I think that Canopy Growth is the most likely to succeed among these stocks. The company has tremendous production capacity, trailing only Aurora. It has the most cash. Canopy also has a big partner, Constellation Brands (NYSE:STZ), with a great track record in launching consumer brands. Although Canopy Growth might not be the most popular marijuana stock right now, it seems to have the best shot at achieving huge success over the long run.