Amazon Restaurants is closing down this afternoon. Eat now or forever hold your peas.

Amazon Restaurants wasn't shaping up to be a major contender in this niche, but that doesn't mean investors in the other restaurant-delivery apps aren't happy to see Amazon stage a retreat. Grubhub stock has soared 10% since Amazon announced its plans to nix its platform two weeks ago. Uber's stock has climbed a little better than 3%, ahead of the market's 2% advance in that time but not viewed by the market in the same light as Grubhub. Uber Eats is an important part of the leading ride-sharing provider, but it generates a lot more dough driving people around than it does driving baked dough to rumbling bellies.

You can't succeed if you don't scale quickly in this niche, and Amazon was finding itself on the outside looking in. The four leading players -- again, Grubhub, Uber Eats, Postmates, and DoorDash -- combine for a whopping 93% of the market. Amazon Restaurants was an afterthought outside its home turf of Seattle, and that makes it hard when it comes to recruiting drivers for deliveries as well as securing top eateries for participation.

The top dogs won't miss seeing Amazon in their rearview mirror, even if it was already fading away. Amazon hasn't shied away in the past from subsidizing initiatives, taking near-term hits for the sake of long-term gains. However, Amazon realizes that if you're not a top dog in this booming market, it's going to be a challenge to round up the fleet of gig economy-fueled drivers to complete speedy deliveries. This is a particularly thorny issue for Amazon, because its flagship online retail business centers on its efficient fulfillment. If Amazon Restaurants wasn't going to delight its customers, it was going to be more of a liability than an asset.

The players that will be around to deliver dinner after today are growing nicely. Grubhub is coming off back-to-back years of accelerating revenue growth. Gross bookings for Uber Eats are growing even faster than both Grubhub and Uber's own flagship personal mobility service. Gobbling up the meals that Amazon will leave behind may not move the needle for either company, but it certainly doesn't hurt.

It's not just Grubhub and Uber that are licking their lips as Amazon Restaurants bows out. Postmates is gearing up to go public this summer, and DoorDash will inevitably follow suit. It will be easier to persuade investors to take a chance on the IPOs knowing Amazon isn't around to potentially wreak havoc. It may not seem like a major even for Amazon Restaurants to close up shop this afternoon, but it will make life easier for everybody else.

Why Amazon, Alphabet, and Snowflake Stocks Fell Hard on Wednesday
401% 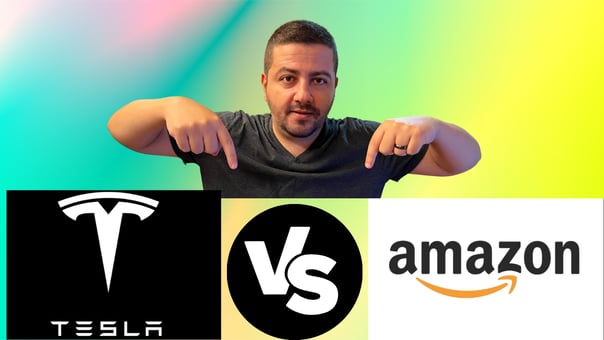