Please ensure Javascript is enabled for purposes of website accessibility
Free Article Join Over 1 Million Premium Members And Get More In-Depth Stock Guidance and Research
By Keith Speights - Jun 25, 2019 at 6:00AM

Canopy Growth is spending more on this than its next three biggest rivals combined.

As you might expect, increased spending on sales and marketing as well as general and administrative functions played a big role in Canopy's wider operating loss. The company also spent significantly more on research and development and incurred higher acquisition-related costs.

But there's another factor that accounted for well over half of Canopy Growth's operating loss in Q4 and nearly one-third of its net loss of CA$323.4 million. You might be surprised what's significantly holding back the company's ability to turn a profit. 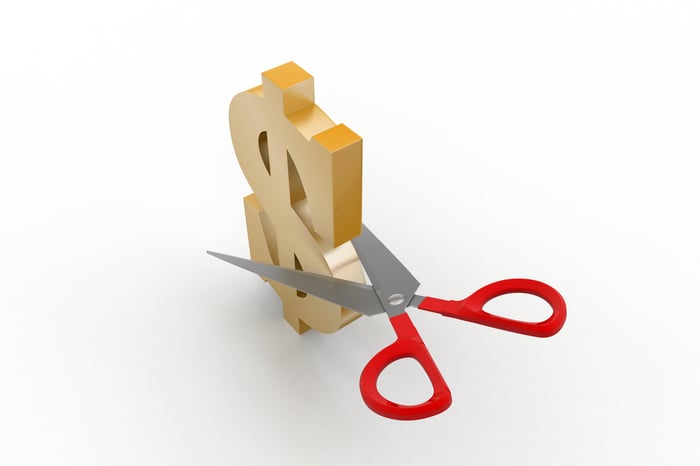 The only cost on Canopy Growth's income statement that was higher than its share-based compensation expenses was the company's other expense of CA$133.5 million. That expense stemmed from an accounting fair-value adjustment of Canopy's convertible senior notes. Because Canopy Growth stock rose, the company had to increase its expense associated with those notes, which will be able to be converted into stock in the future.

Linton's idea is that every employee at Canopy Growth and other cannabis companies with a salary of less than CA$200,000 should receive 1.5 times their salary in stock options on the first day on the job. His view is that granting options to employees makes the overall business stronger.

This perspective makes sense in many ways. Employees who own stock options have a vested interest in helping the company succeed. And if the company is successful over the long run, all shareholders win.

There are downsides, though. Linton acknowledged that "if we had zero stock-compensation loss, we would have a much lower loss." Canopy could also have to issue new shares down the road if employees exercise their options. But Linton told MarketWatch that Canopy Growth would be "a much worse company" without the options that it grants to employees.

What could make the issue irrelevant

The reality is that right now, most Canopy Growth shareholders aren't overly concerned about the company's huge operating loss or its widening net loss. Most probably aren't bothered too much by the company's employee stock options, either. After all, the stock is up more than 40% so far this year.

Over the long run, the issue about Canopy's employee stock options could be made irrelevant by the company continuing to deliver impressive returns to investors. The primary ways that Canopy can pull this off are by continuing to command a leading market share in the Canadian adult-use recreational marijuana market, generating strong growth in international medical cannabis markets, and expanding into the U.S.

The good news is that Canopy appears to be doing the right things on all of these counts. Even with a quarter-over-quarter decline in recreational sales in Q4, Canopy should be able to rebound as it ramps up production capacity and as more retail locations open. Increased capacity should also help the company boost international sales.

Canopy is arguably in the best position of any Canadian cannabis company to enter the U.S. It's moving forward with the construction of a large-scale hemp production facility in New York State. Canopy Growth is also in good shape to be ready to acquire U.S.-based cannabis operator Acreage Holdings if federal marijuana laws are changed in the U.S.

Of course, there won't be a good way to know how much employee stock options really made a difference for Canopy in achieving success in the future. But if that success comes (as I suspect it will), it's likely that no one will care.