In the ongoing battle for the box office crown, an important detail has gotten lost in the shuffle.

Cameron's otherworldly adventure, which takes plan on the planet of Pandora, amassed an unsurpassed $2.788 billion in global ticket sales, having scaled the summit nearly a decade ago.  The "will they or won't they" discussion has raged in the blogosphere, with fans of Earth's mightiest heroes even taking up the hashtag #BeatAvatar.

For those following along at home, after this past weekend's ticket take was tallied, Endgame sat at $2.75 billion, roughly $37 million behind the reigning champ.

However, with all the hoopla, one very important detail has gotten lost in the shuffle -- the Avengers have already dispatched Avatar like so many evil henchmen. 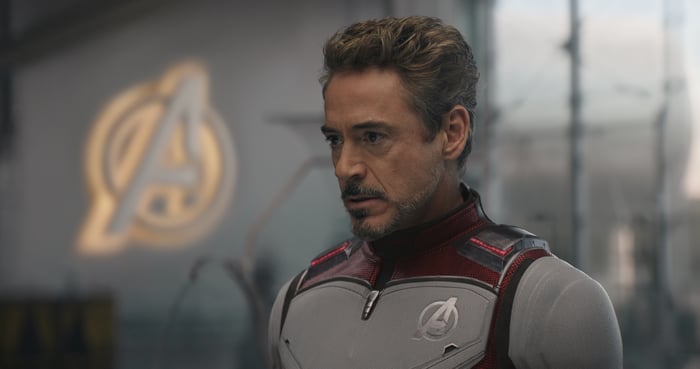 When Avatar finished its initial theatrical run in 2010, the movie had banked just short of $750 million in North American ticket sales and $1.999 billion from international markets, for a total take of $2.749 billion on worldwide box office. So if Endgame is already at $2.75 billion, why isn't the Marvel epic already the titleholder?

Given its massive success, Avatar was rereleased and given an extended engagement in theaters. This generated $40 million in additional ticket sales, but also but an asterisk next to the film's results.

In order to beat Avatar's all-time take, Marvel Studio's president Kevin Feige recently revealed that Endgame will be getting a rerelease of its own.

Avatar in its sights

In a recent interview with Screen Rant, Marvel Studio chief Kevin Feige revealed that Avengers: Endgame would be rereleased on June 28, boasting additional material to coax Marvel fans back to theaters. The updated edition would include an unfinished, deleted scene from the original release, a tribute, and "a few surprises."

The tribute is presumably for Stan Lee, comic book writer and the longtime creative force behind Marvel Comics, who died recently at the age of 95. Feige didn't elaborate on what the "surprises" were, but many are expecting the signature mid-credits and/or post-credits sequences that have become a staple for fans of the Marvel Cinematic Universe (MCU). Avengers: Endgame marked the first time in 11 years the studio didn't include the much sought-after scenes, as a way of punctuating the end of the 22 film story arc.

Marvel issued a press release on Tuesday, saying theaters would hold a Bring Back event beginning Friday, to offer fans a chance to see "the biggest movie of the year" one more time before Endgame finishes it theatrical run. Ticket-buyers will receive an exclusive piece of Avengers art -- available in select theaters while supplies last. The rerelease will also include a video introduction by director Anthony Russo and a special sneak peek for the upcoming Spider-Man: Far From Home.

While there's a bit of fun in watching a record being shattered, it should be noted that for Disney, this is nothing more than a little sibling rivalry. With its recent $71 billion acquisition of Fox assets in the rearview mirror, the House of Mouse became the proud owner of the Avatar franchise.

Cameron has four Avatar sequels planned, and when Disney released its updated movie timetable in May, the company revealed that the upcoming Avatar films had been slated for the coveted Christmas week release, for every other year beginning in 2021.

Disney is hoping that Cameron can recapture some of the magic that accompanied the original release of Avatar, particularly as Marvel enters a new chapter and the Star Wars Skywalker saga comes to a conclusion.

Who knows? If Cameron comes through with another blockbuster, we might soon be back discussing the next installment of Marvel vs. Avatar. In either case, the ultimate winner will be Disney.