The tech company's bet on software and services continues to yield growth.

In BlackBerry's (BB 3.55%) first quarter of fiscal 2020, it served up more growth in its software and services segment. In addition, the security-focused company showed what it can do with its recent acquisition of endpoint security specialist Cylance. This was the first full quarter with Cylance as a part of BlackBerry. 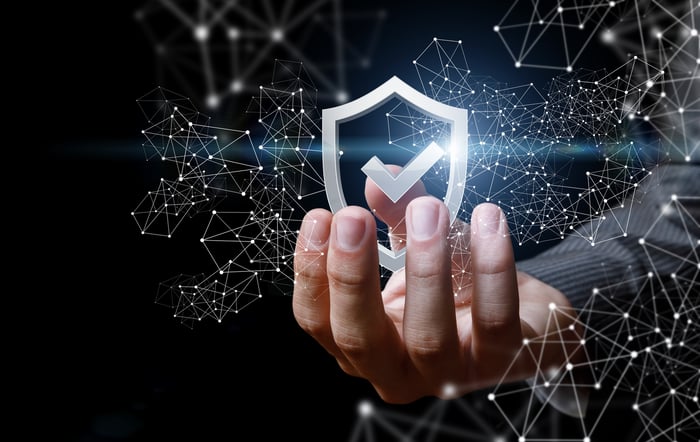 What happened with BlackBerry this quarter?

He added: "We are ahead of our schedule in our Cylance integration, while investing in the right opportunities to drive long-term growth and profitability for BlackBerry. Customers are looking forward to our robust product cycle this year, with over 30 new secure communication products and services to be released."

In a separate press release on Monday, BlackBerry notably said its QNX automotive software solutions are now in more than 150 million cars, up from 120 million in June of last year.

The quarter was solid enough for BlackBerry to reaffirm its fiscal 2020 outlook.

Total fiscal 2020 non-GAAP revenue is expected to grow 23% to 27% year over year, "driven by a double-digit percentage increase in billings," management forecast in BlackBerry's fiscal first-quarter earnings release. Broken down by non-GAAP revenue segments, this includes 12% to 16% growth in the Internet of Things, 25% to 30% growth in BlackBerry Cylance, a 5% decline in licensing, and $10 million to $20 million in service access fees.